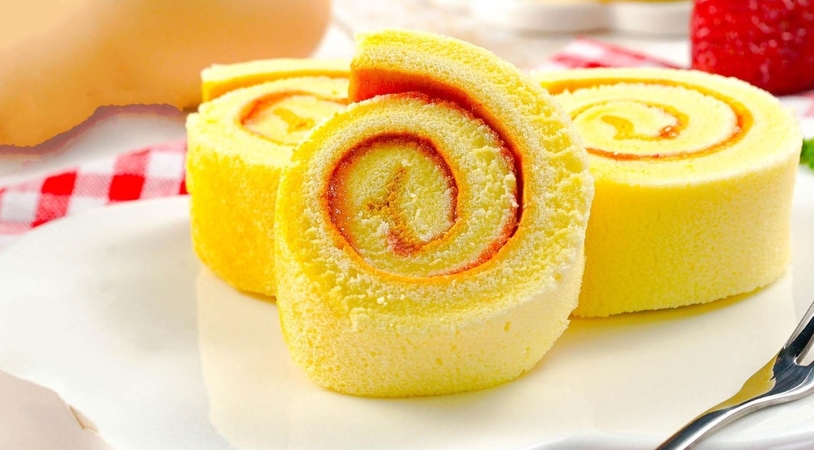 They are thin sponge cakes that are filled then rolled and give a pastry chef a wonderful range of creativity. All jelly roll cakes start with the sponge cake and the basic vanilla cake uses eggs and it is important the eggs are at room temperature so they whip into a larger volume. Separate the egg yolks from the egg whites put the egg yolks in a bowl and the egg whites in a mixing bowl. As you start beating your egg white add salt, once they reach a nice medium peak stop mixing your whites and set them aside.

Get your egg yolk in a bowl and sift in your icing sugar which will make the sponge cake flexible making them easy to roll. Beat the yolk and icing sugar until pale and thick then add in your vanilla and whisk it in then sift in ¼ cup of cake and pastry flour and use a whisk and just by hand quickly fold in the flour. Use the whip attachment so as not to deflate the egg yolks and egg whites, next add in your egg whites and fold them in until almost combined and not fully combined. 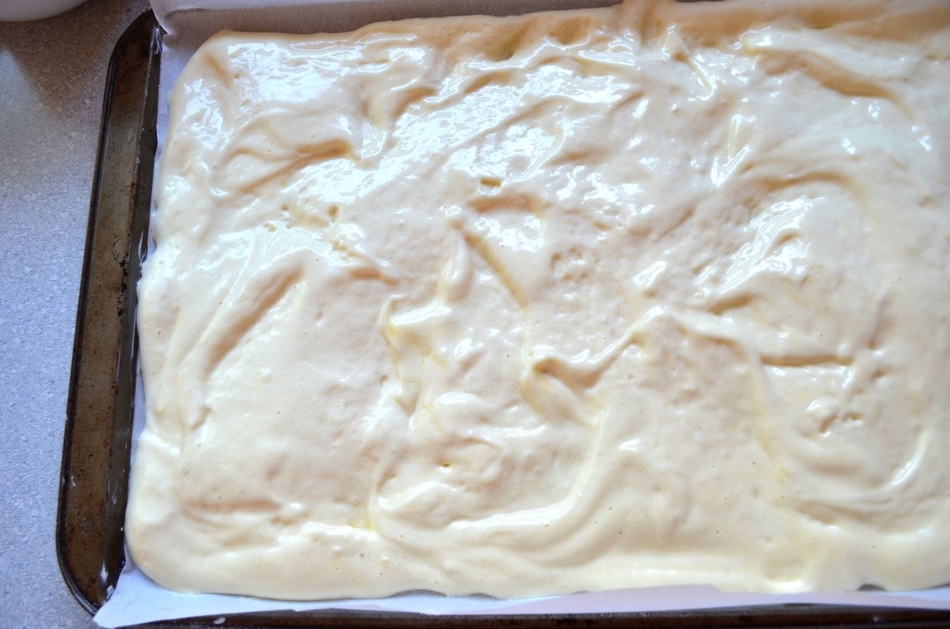 Now sift in the remaining flour in two stages to keep the air in both the whites and yolks and finally add in the rest of the whites then use the spatula reaching the bottom to the top folding the whites until fully incorporated. Get your jelly roll pan and underline the bottom with parchment paper but do not grease the sides to allow the cake to stick onto. Pour in your batter use the spatula to get all the mixture in and spread it evenly to allow it to rise and bake evenly and rolls easily.

Bake it at350F preheated oven for about 12 minutes, test them by giving them a tap, and if the spring back they are baked all through. The secrete of a good jelly roll is by rolling it up while warm and let it cool rolled up so that it won’t crack when being rolled again. The first thing you do when you remove it from the oven scrape the sides and dust the top using icing sugar then take a clean tea towel and put it over the top of the cake and put another jelly pan on top of the cake and overturn it and remove the parchment sugar and dust it with icing sugar then take the tea towel tuck it in and r and let it cool on the cooling rack.

Once cooled unroll it and apply raspberry jam on top of it and spread it evenly across the surface using a spatula they roll it up again and dust it with icing sugar then slice and reveal that beautiful interior and enjoy.