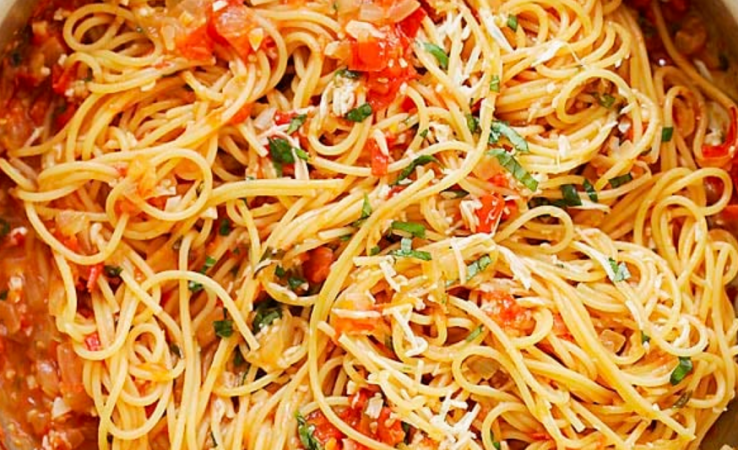 This pasta cooks entirely in one pan and makes its own sauce, all in about 9 minutes. This one-pot pasta dish is lightened with the use of nonfat milk with or in place of whole milk or heavy cream. For the remake, I chose to use half nonfat milk and half heavy cream. The more cream you use, the richer your pasta dish will be. I also chose linguine instead of fettuccine, but really any long, skinny pasta could be used. You’ll just need to adjust the cooking time slightly. 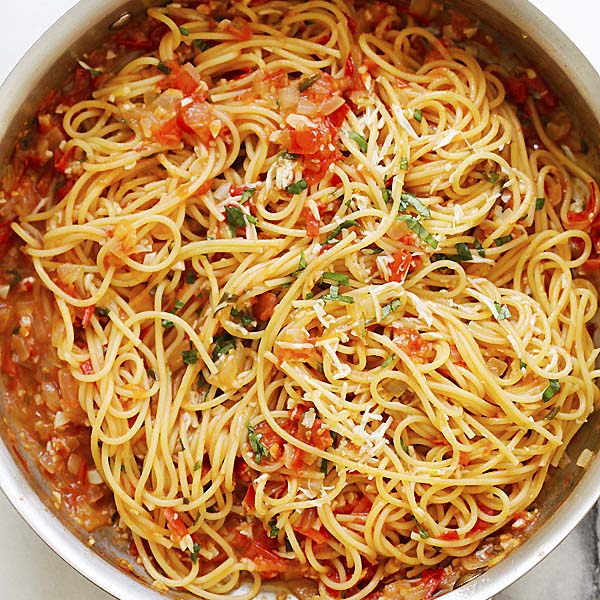 As the garlic is just beginning to brown, you’ll add the rest of the ingredients, except the cheese and parsley. It will be getting all nice and bubbly at this point, so you’ll want to stir it up to coat the pasta and bring it to a boil over medium-high heat. Cook the pasta for about 10 minutes or until tender. Once the pasta is cooked through, stir in the Parmesan cheese and parsley.