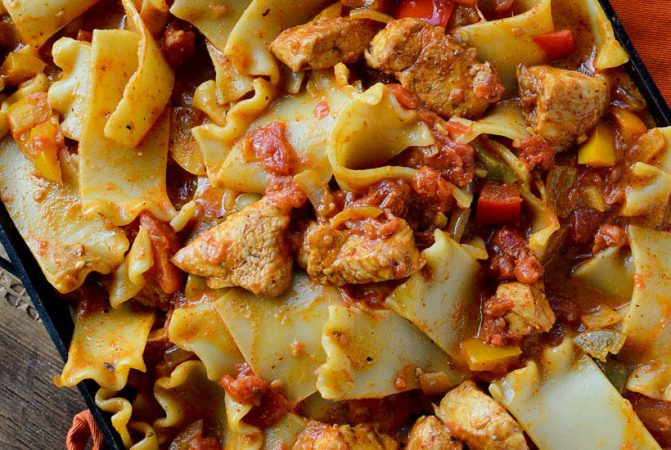 This creamy Cajun Chicken Pasta is a simple but incredibly flavorful homemade dinner that can be on the table in under 30 minutes. Made with chicken breast, pasta, and plenty of fresh, colorful veggies, this Cajun Chicken Pasta recipe will be one of your family’s favorite meals. It’s filling and packed with Cajun flavor. Start by slicing boneless, skinless chicken breasts into bite-sized pieces. Season generously with 1/2 packet of Taco or Fajita seasoning.

Next coat the bottom of a large skillet with a thin layer of olive oil, and turn the heat to high. When the oil is very hot, add the chicken in a single layer and cook until one side is seared and browned about 1-2 minutes. Then flip the chicken over and brown the other side.

When the oil is very hot again, carefully add the sliced onions, bell peppers, and remaining taco seasoning. Turn heat to low, add the minced garlic and stir until fragrant and well combined, about 30 seconds. Remove the veggies to the plate with the chicken.

Next add the broth, cream, diced tomatoes, and uncooked pasta to the skillet. You may also want to add some salt if you’re using low-sodium broth. Stir to combine and bring to boil, then cover, reduce heat to medium-low, and simmer for 15 minutes until the pasta is tender and the liquid is mostly absorbed. 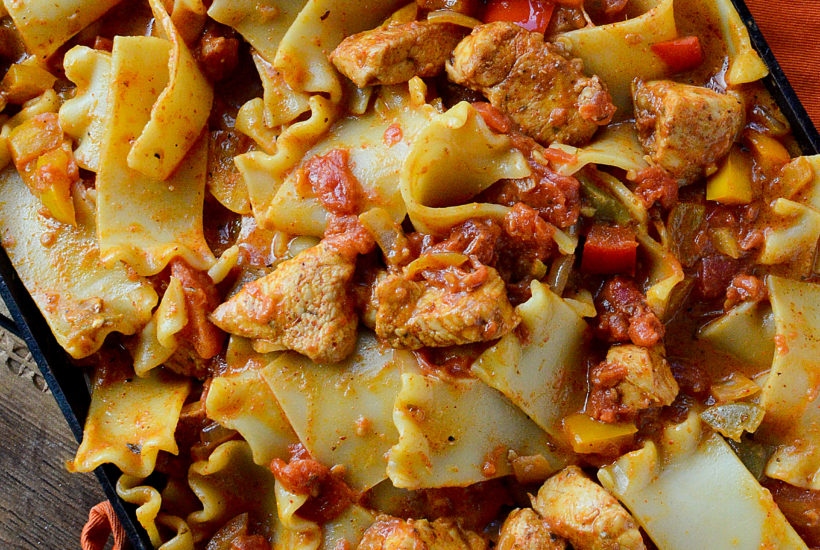 If you have too much liquid after 15 minutes, you may need to increase your heat and cook for 5 more minutes. Add the chicken and veggies back in and stir to combine until heated through about 2 minutes.