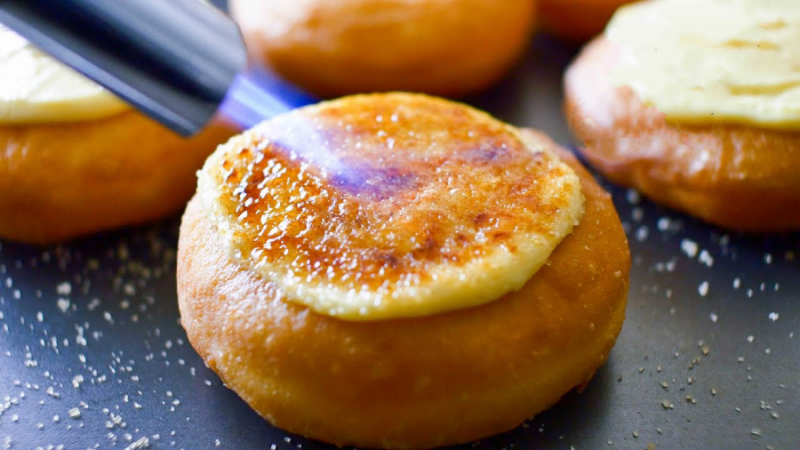 The thing that makes this doughnut unique is, of course, the layer of deeply caramelized sugar on top. Even though these are baked doughnuts, there’s no batter involved. Instead, to make these as close to traditional fried doughnuts in taste, texture, and appearance as possible, we’re using a yeast-raised dough. 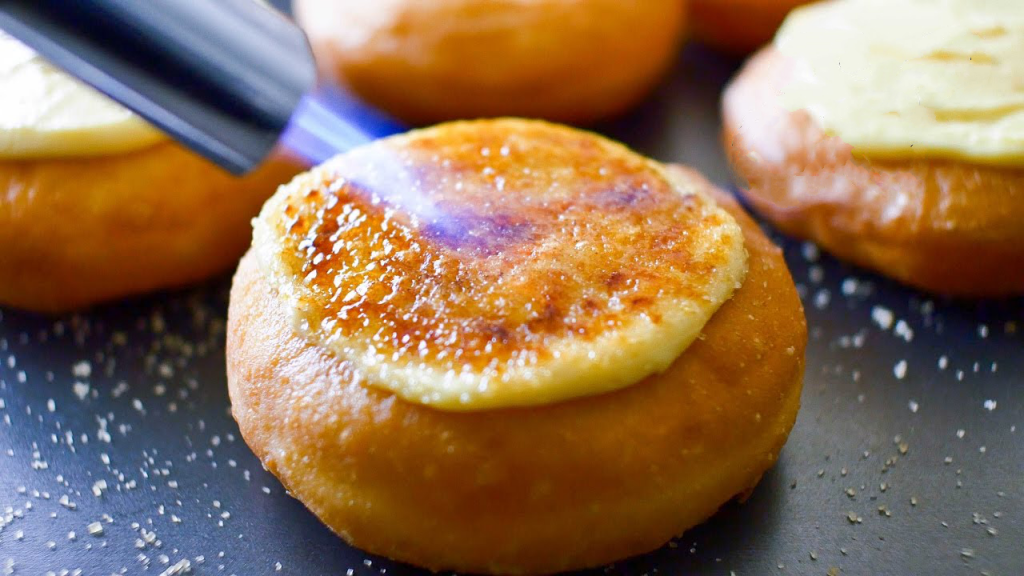 These doughnuts have a traditional pastry cream filling. It’s made by heating up whole milk then slowly adding some of the hot milk to an egg yolk mixture. We add the milk in gradually to slowly bring the temperature of the eggs up so they don’t scramble before adding them to the hot pot.