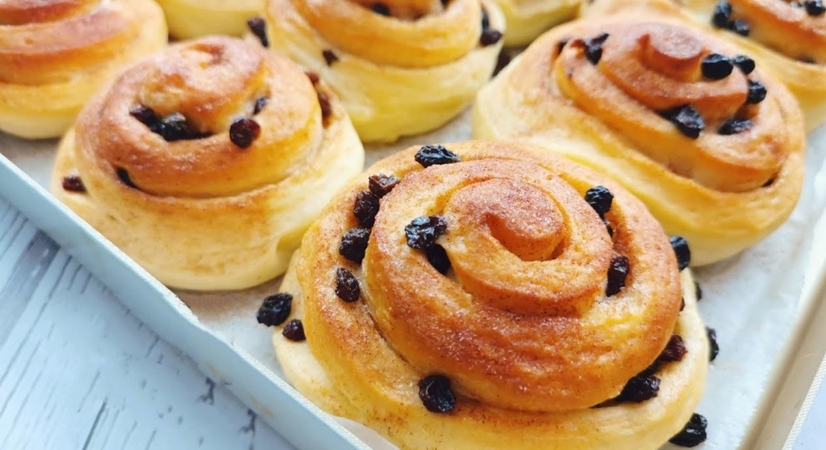 Chelsea buns are essentially the British version of cinnamon rolls, made with orange juice, cinnamon, spices and sultanas. In a mixing bowl, mix add flour, salt and yeast then make a well in the centre and add an egg, warm melted butter with milk then with a spatula, mix that until it forms a nice dough then finish kneading the dough on a lightly floured work surface for about 5 minutes until nice and elastic. You can also do this with a mixer on a dough hook. 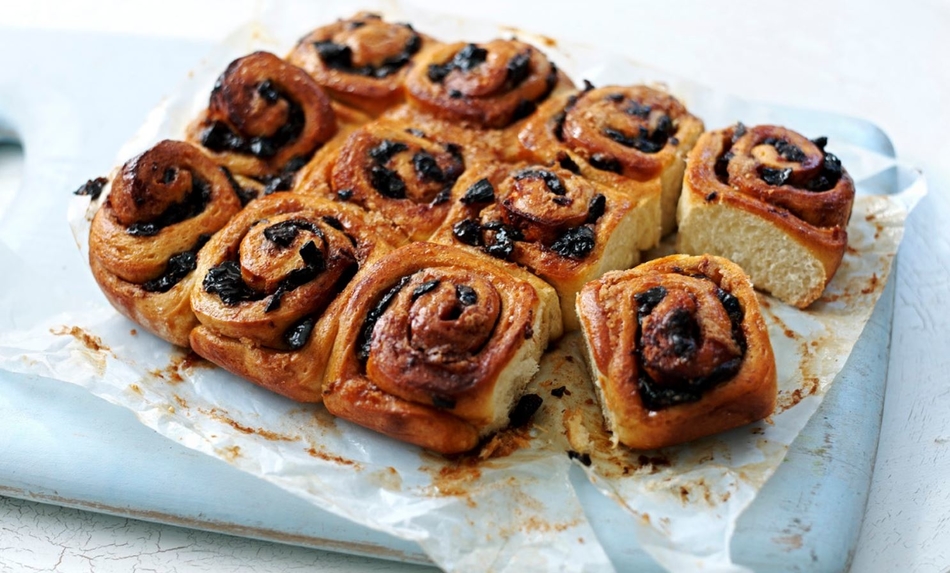 Sprinkle brown sugar, allspice and cinnamon on the surface of the dough well so the sugar sticks well then zest one orange on top, this will give it a lovely orangey flavour and will smell so good. Finally, you will need sultanas that are soaked in orange juice so they will not burn when you put them in the oven. Sprinkle the sultanas on top the start rolling from one end to the other, making sure the roll is nice and tight.

Cut the roll into equal parts, depending with how many you want them to then place them on a baking tray lined with parchment paper. Space them really well so that they can have enough room to expand when baking. Cover them and let them proof for an additional 30 minutes then bake in a 350 degrees Fahrenheit preheated oven for 20 t0 25 minutes or until nice and golden brown. They are really great with a cup of tea and will taste like Christmas. Enjoy.