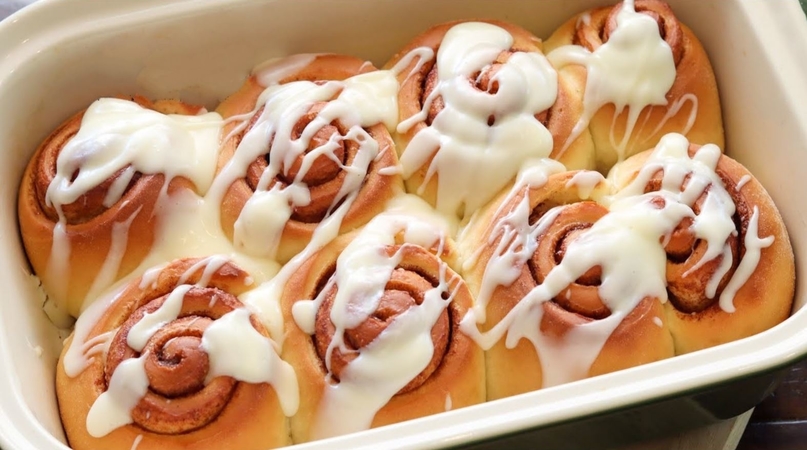 These rolls are soft, fluffy sweet band decadent filled with cream cheese glaze on top. These cinnamon rolls make a perfect weekend brunch and you can make the buns in advance the day before, put them in the fridge overnight, bring them up to room temperature the next morning and bake them to a golden brown. In a mixing bowl, add the flour, sugar, yeast and warm milk then lightly whisk them to combine.

If you are using active dry yeast, you will add the yeast to warm milk and set them aside for the yeast to bloom. Into the yeast mixture, add butter, one egg and salt then with the hook attachment combine the mixture until the dough forms. The dough should come together in a ball and should not be sticky.

You will knead the dough for about 10 minutes until it is smooth and it springs back when lightly pressed. Lightly oil a clean bowl then place the dough in and cover it then let it sit in a warm place for about an hour or until it doubles in size. Prepare the filling by adding very soft butter in a small bowl together with cinnamon and brown sugar. Use a spoon to mix the paste together making sure all the ingredients are really well combined. 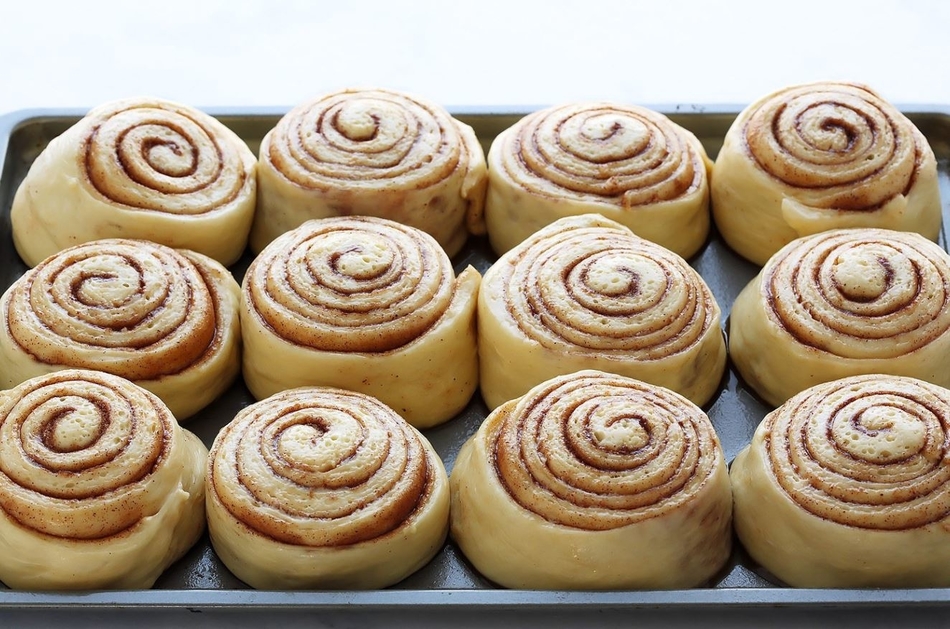 Roll the dough starting with the longest side and roll it as tightly as you can and be as even as possible. Keep the rolls really tight and this will help the cinnamon keep their shape and keep all the filling perfectly inside. Cut the rolls into equal pieces and line them on a greased 11 by the 8-inch baking tray.

Cover the rolls and place them on a warm place for about an hour and once risen bake these cinnamon rolls in a 350 degrees Fahrenheit preheated oven for 25 minutes. Whip up the cream cheese glaze and once the rolls are out of the oven let them cool down then spread the glaze over the top of the cinnamon rolls.