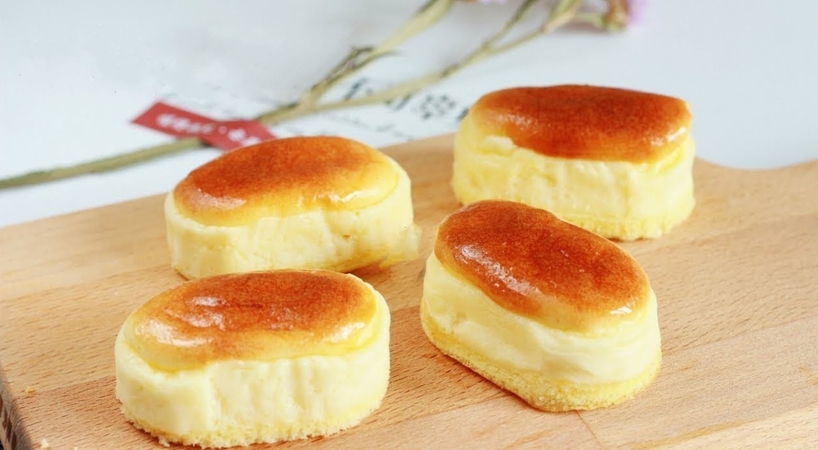 This half baked cheesecake is special, it is more tender than New York-style cheesecake but also moisturizing. You will start by making the cake base, the base of this cake is similar to the chiffon cake. You will divide three egg whites from the egg yolks then whisk the egg whites using a whisk and then slowly add milk while whisking it well. Sift the cake flour into the batter, you can add the flour in halves which will make it easier to mix into the batter, once mixed, add another half in and mix until well incorporated and teg batter is smooth then set it aside.

Now, you want to whisk the egg whites, beat the whites on a medium to high speed to generate large bubbles then add one-third cup of granulated sugar into the egg whites and when the bubbles forms and it starts to become thick, add another a third cup of sugar in then mix on medium-high speed until you get a soft peak. Add some egg whites into the batter and mix well then add the mixture into the rest of the egg whites and mix them well using a spatula, fold the mixture together until well mixed. Pour the batter into a parchment-lined baking tray and bake in a preheated 150 degrees Celcius for 20 minutes. 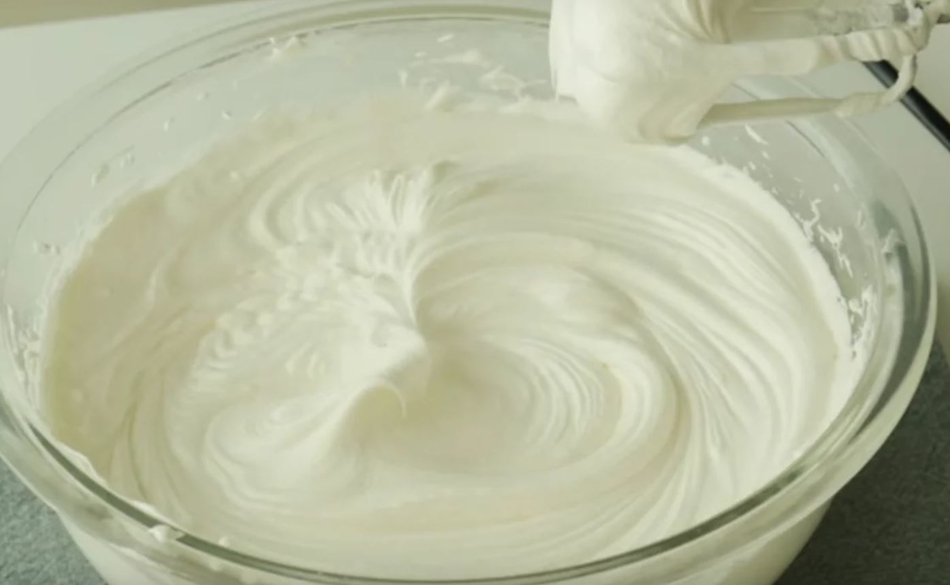 Once baked, remove the parchment paper then cut the cake base with a moulder and line the cut cake base into a moulder on a baking pan. For the cream cheese, you will melt it on a double boiler while whipping it until smooth then add softened butter and mix it in. Squeeze some lemon juice into the cream cheese batter and mix it well, the lemon juice will give this cheesecake a little tang. For the custard, you will need two egg yolks into a bowl then add sugar and mix well then sift in cornstarch and mix it in.

Add milk to the mixture and whisk it in until it dissolved with the egg yolk mixture then place it over low heat and let it come to a simmer while still whisking it. Stop and remove from the heat when the mixture thickens then pass it through a sieve onto another bowl to get a smooth custard. Add the custard into the cream cheese mixture while still warm and mix well. Whisk the egg whites for the cheese batter on medium to high speed then add granulated sugar and continue beating it until it forms a stiff peak.

Fold in the egg whites into the cream cheese batter and mix until incorporated. Pour the batter into a piping bag then pipe onto the base of the cake that is in the mini cake moulds about halfway. Place the baking pan on a large baking tray and add warm water to the baking tray then bake in 150 degrees preheated oven for 20 to 25 minutes then increase the temperature to 175 degrees Celsius.

Bake it for an additional 10 minutes then increase the temperature to 200 degrees Celcius and bake until golden brown on top. Once out of the oven, brush the top of this mini cheesecake with hiney then let it cool before serving.