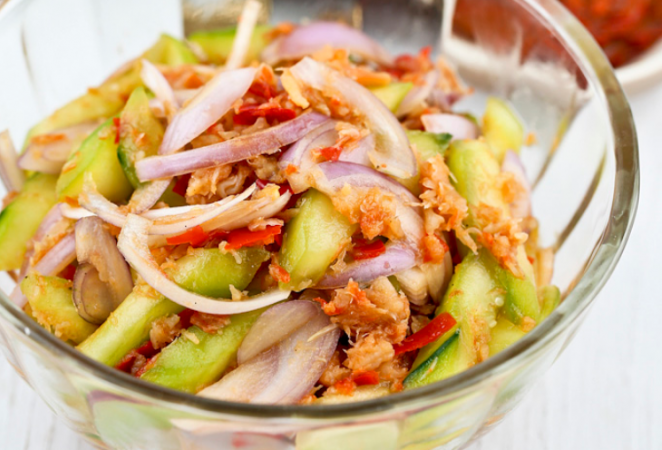 This spicy cucumber salad contains many of the same ingredients as cucumber kimchi but it isn’t fermented, so you can eat it right away. Cucumbers have a firm, crisp texture, thin skin, and small seeds, Persian cucumbers may also be used. 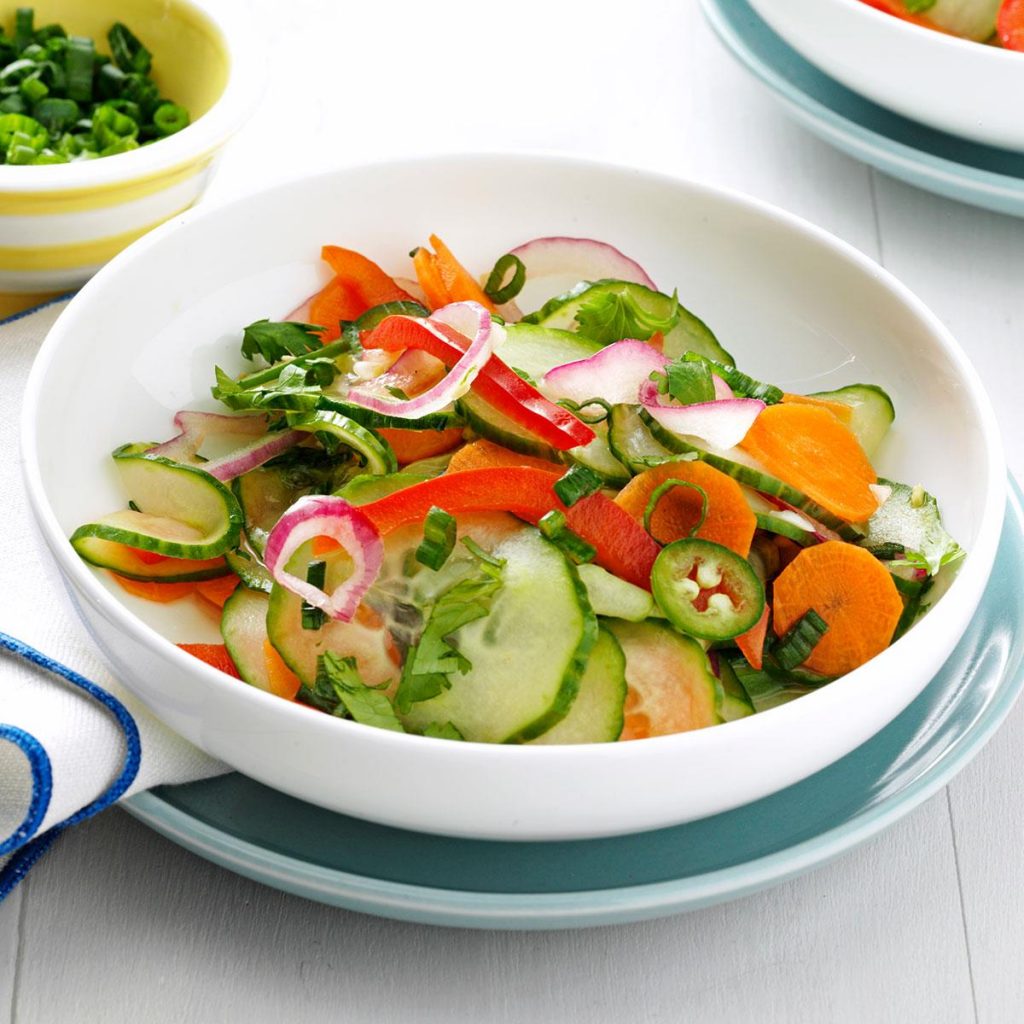 The cucumbers are thinly sliced and coated in a zesty blend of vinegar, sesame, and red pepper powder. It takes seconds to prepare, yet it’s big on flavor and refreshment. The sugar in the dressing balances the heat of the red pepper. Salting the cucumber slices draws out some of the moisture, so they’re especially crisp in the salad.