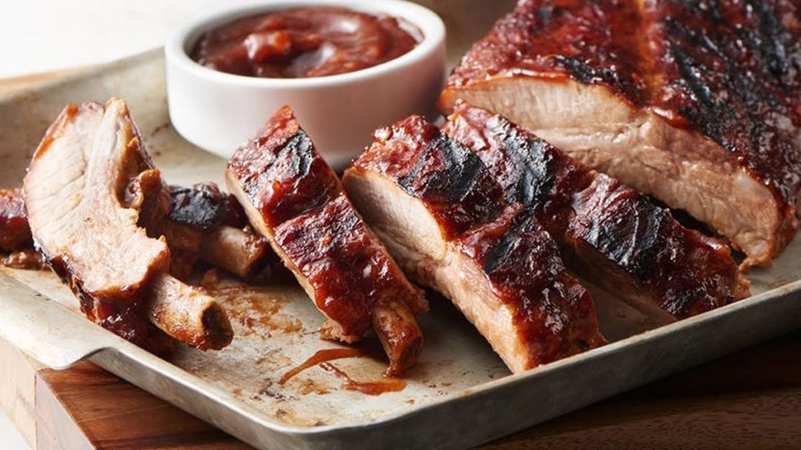 Slow cooker ribs are easy to make and cooks on the low setting so the spare ribs will just fall off the bone. Before we get into cooking, let talk about buying ribs. There are three different kinds of ribs that you might find; there is the St. Louise style ribs, a full spare ribs, and a baby back ribs. The first two are cut in the same part while baby back comes from the back and they have more bones, less meat and require yet a different cooking time. So, when you are shopping for your ribs, it’s important to know which kind you are buying. 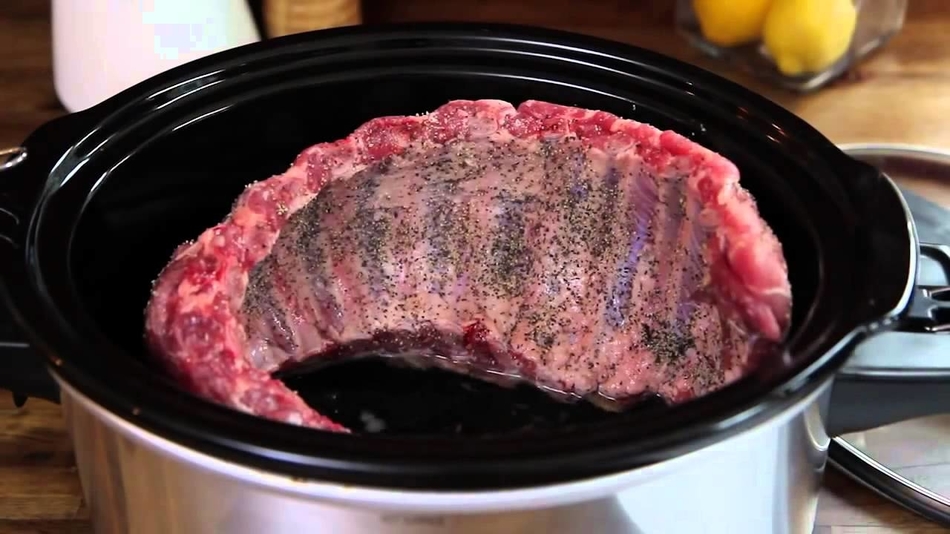 Start getting your spice rubs on the ribs, get it plenty on all sides then its time to put that on your slow cooker. Depending on how your ribs are, place the ribs with the wider end facing down on your slow cooker in aligning them on the edges of your cooker so they can cook more evenly.

Cover them with the lid without adding any liquid because as the meat starts to cook, they are going to give some of their liquid and they won’t have that washed out flavor. When you are using your slow cooker, cook it on high for five to six hours or you can go low and that is going to take about six to seven hours.

Once your ribs are done the cooking in the slow cooker, remove and put them on a wire rack and let them cool down for ten minutes. For the sauce, add your ketchup in a cooking pan together with apple juice, molasses, vinegar, Worcestershire, yellow mustard, black pepper then whisk that together and bring it to a boil on low heat.

Once done, go ahead and brush your ribs with the sauce then place them in the oven for around four minutes. Coat the ribs with the rest of the sauce and let it sit for about 20 minutes before chopping them.

For the spice rub;

To grill the ribs;