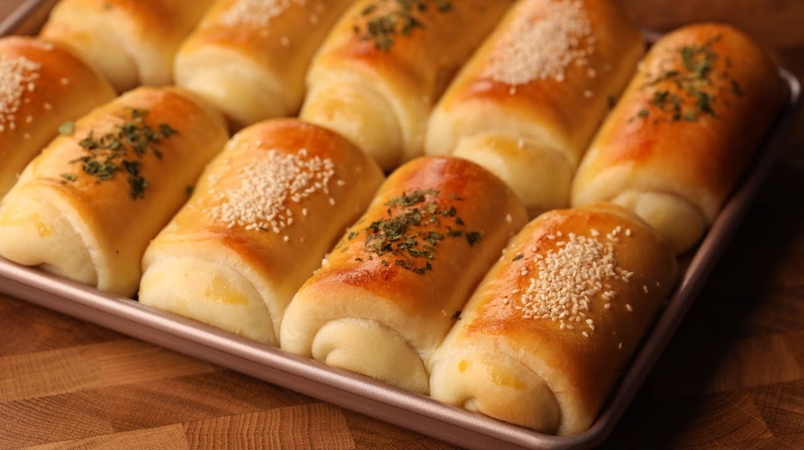 These rolls are incredibly fluffy, buttery, super tender, and slathered in honey cinnamon butter. In a mixing bowl, add a tablespoon of sugar, yeast and a cup of warm milk then lightly whisk and let it bloom for 10 minutes or until the mixture is foamy. Once bloomed, add one egg and melted butter then give the mixture a whisk to break the egg and combine the mixture then add the flour, sugar and salt. Mix the ingredients just until the dough has come together then let the dough rest uncovered for about 20 minutes. 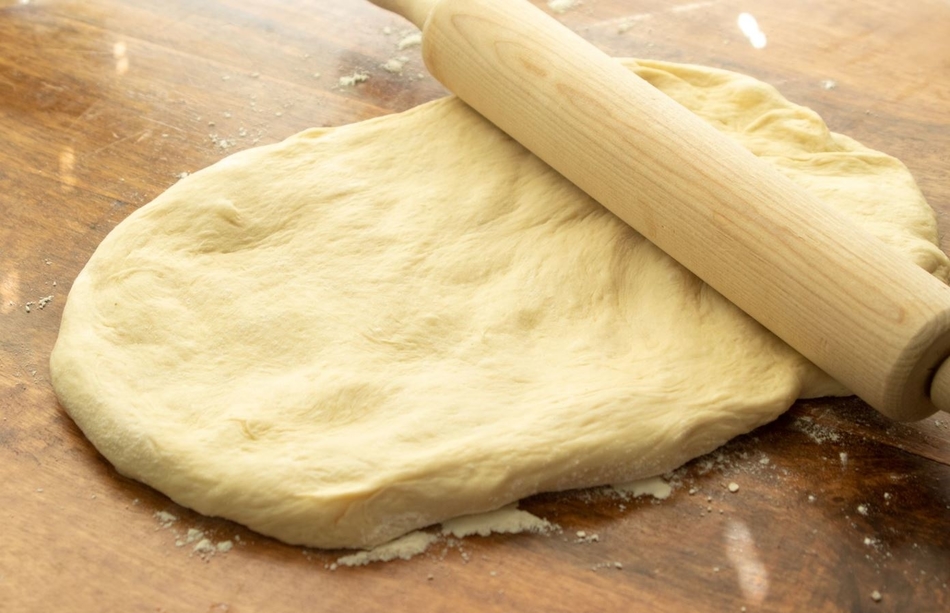 Degas the dough then lightly flatten the dough on a lightly floured surface and cut the dough into about 10 pieces. Take each piece of the dough and lightly roll it with a rolling pin then roll it from on end to the other to look like a mini lig shape then line the dough on a parchment-lined baking sheet.

Cover the dough for 30 minutes and let it proof again then brush teh top with milk, sprinkle some sesame seeds then bake in a preheated 350 degrees Fahrenheit oven for 15 to 18 minutes. To make the cinnamon honey butter spread, add a stick of softened butter in a mixing bowl then lightly cream it with a quarter cup of icing sugar until smooth.

Add 2 tbsp of honey and half a teaspoon of cinnamon powder, mix it until well combined then set it aside. Once the rolls are out of the oven to brush them with melted butter then let teh rolls cool down. Serve them with the cinnamon honey butter and enjoy with a cup of tea.