These overnight cinnamon buns will allow your rolls to rise while you are sleeping and all you have to do the next morning is fill, cut, and bake them. You will start with creating the dough, in a large bowl, ad all-purpose flour, dry active yeast, two teaspoons of sugar, salt, cinnamon, grated orange zest which is a really nice flavor to add with the cinnamon. Finish off by adding half a cup of raisins which is optional for this recipe.

Whisk up tye dry ingredients until everything is combined then add one and a quarter cup of warm water, the water should not be colder because it will not activate the yeast or be too hot because it will kill the yeast. Add two tablespoons of melted butter then with a spatula, combine all the ingredients until you start to get a nice dough forming. Turn it onto a floured surface and knead it for about 20 turns or so, you want to just work the dough and the flour then place it into an oiled bowl and cover with a plastic wrap then set aside. 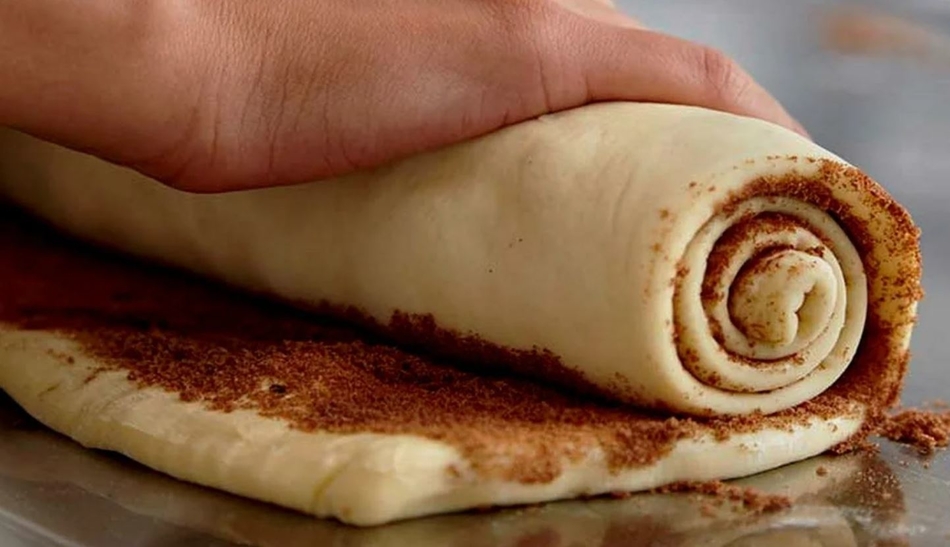 You will also prepare the filling so in a small bowl, add three tablespoons of brown and white sugar, cinnamon, and orange zest then whisk that with a fork until everything is combined then add half a cup of chopped pecans. In the morning, the dough will be ready to be rolled out onto a floured surface and roll it into a rectangle, the size that works well is 18 inches by 14 inches then take softened butter and smear it in the inside of the dough up to the edges.

Sprinkle the filling all onto the butter then working on the long side, gently roll the dough all the way to the end then position the dough so that the seam side is down. Cut the log into two inches then lightly butter a skillet or pie dish then line the rolls in and brush the top with melted butter. Bake in a 350 degrees Fahrenheit oven for 40 to 45 minutes just until they are nice and golden brown and puffed up and bubbly.