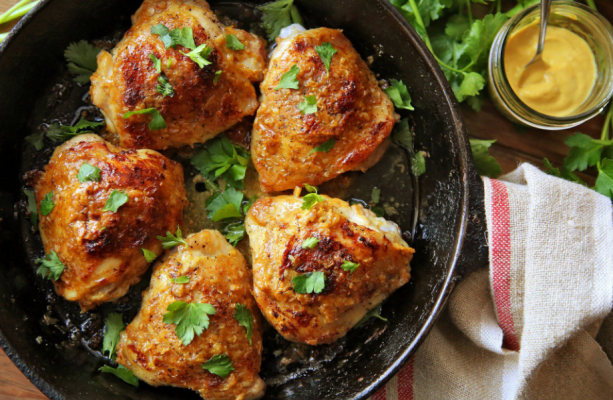 In cooking, the term ”deviled” has several meanings, but it most often implies a preparation with a sharp flavor, most often derived from mustard, vinegar, cayenne or other chiles. In this dish, you don’t need vinegar, because there is plenty of acidity in Dijon mustard. 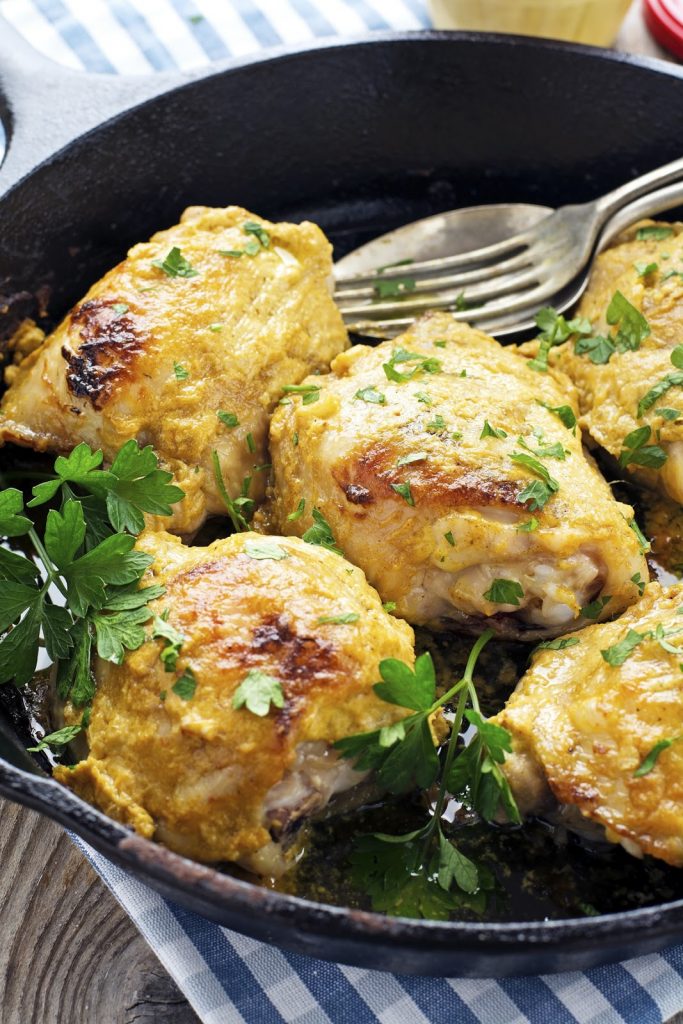 You can make this dish with chicken breasts if you prefer; I recommend bone-in breasts, which follow the same procedure. For boneless, skinless breasts forget crispness, of course, smear the meat all over with the mustard mixture, then broil it for just about six minutes, turning two or three times to prevent burning.