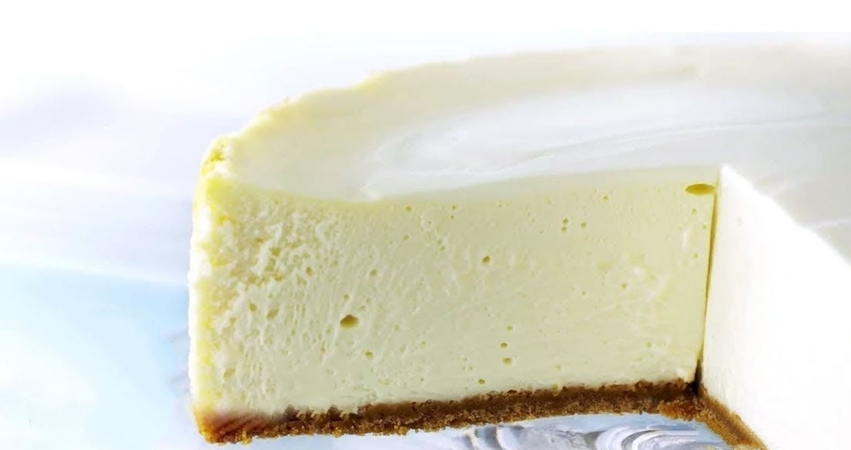 Preheat your oven to 350 degrees Fahrenheit and it will take about 10 minutes for the crust to set. Add about four packages of cream cheese in a stand mixer wit two pounds of cream cheese softened to room temperature then beat the cream cheese adding half a cup of sugar while beating the mixture. Scraping the bowl often every step of the way is important to avoid any lumps in the cheesecake. 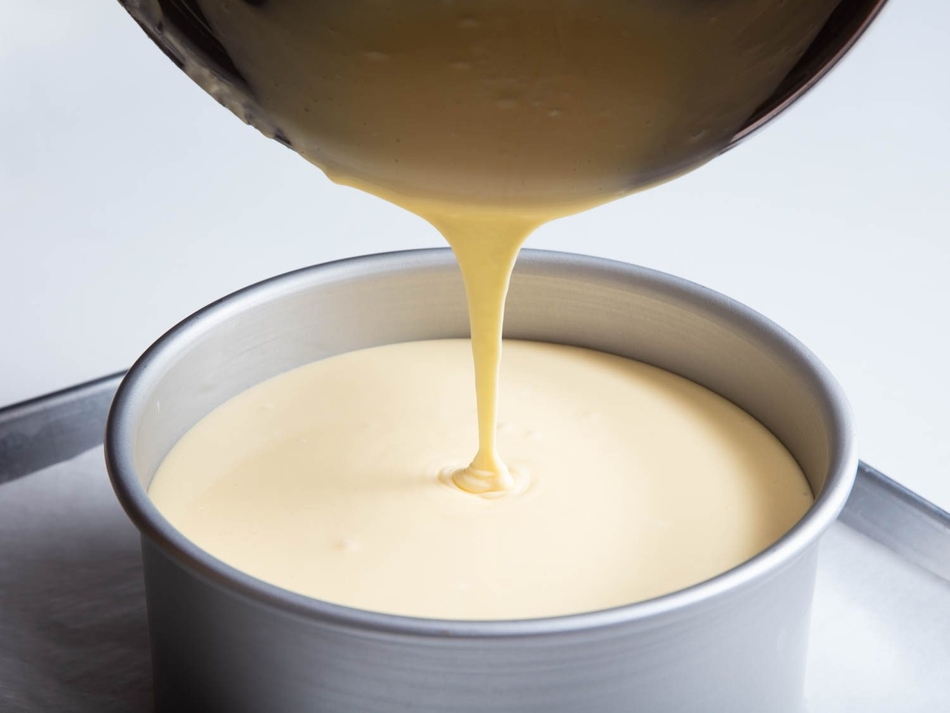 Add in three tablespoons of cornstarch that will add that velvety texture in the cream cheese, two teaspoons of vanilla extract and beat the mixture. For the eggs, you will need three whole eggs and one egg yolk for that added richness. Beat the mixture on low speed while adding the eggs one at a time. The last ingredients to add is a signature spur cream, this will take the cheesecake over the top. Take your cooled graham cracker and brush the sides of the pan with beaten eggs.

You will need to give it a good 6 hours to set in the fridge. A cheesecake like this is worth waiting for. Take it out of the pan and is always nice to use a sharp knife to cut wiping it off after each slice.