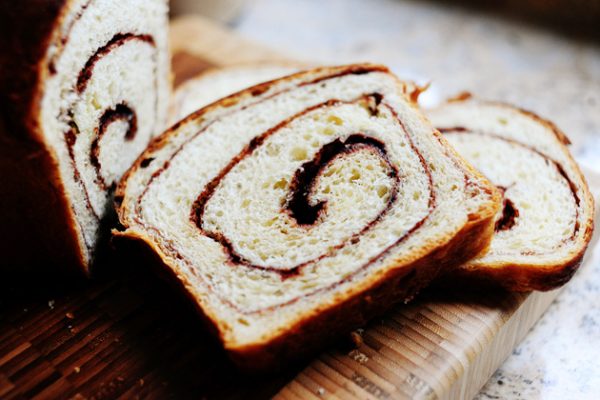 To start, we’ll melt the butter for 15 seconds or until it’s completely liquified. Then, pour in the milk and sugar and heat it till it’s lukewarm (about 105-110ºF). Sprinkle with the yeast and stir to combine. Combine everything in a stand mixer and let the machine knead the dough for roughly ten minutes.

Once the dough for our cinnamon swirl bread dough comes together, allow it to rest for at least an hour or until it doubles in size. Just let the dryer heat up for about 5 minutes, turn it off, place your bowl inside and don’t open the door for an hour so that your bread dough can rise well.

Then we’ll roll the dough out into a large rectangle pan and spread on softened butter, sprinkle the bread with cinnamon sugar and dot it with raisins. Next, we’ll roll up the bread. Take your time in doing this, you don’t want to roll it too loose, or you’ll have large holes in the bread. 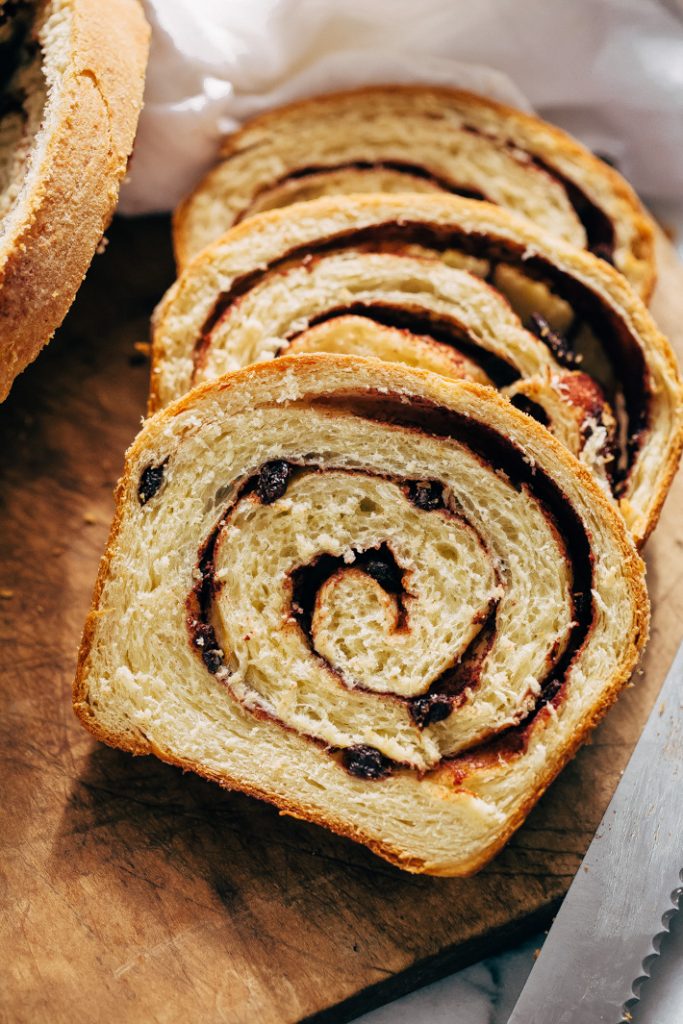 Now we’ll let the dough rise a second time before moving forward and baking the bread.