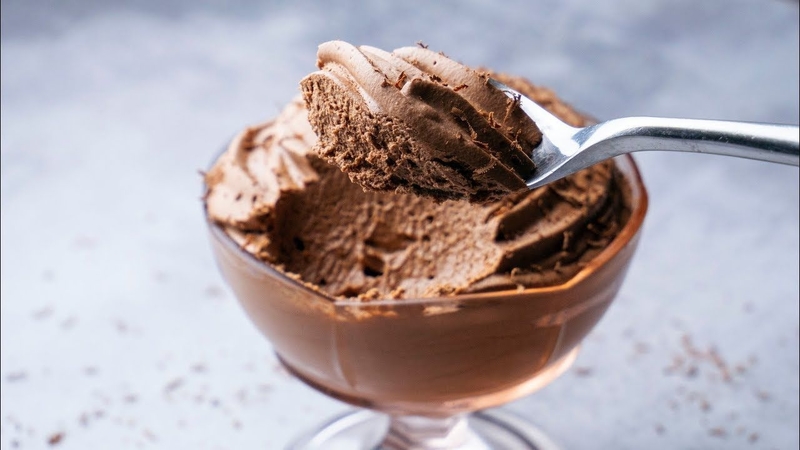 Whoever you make this chocolate mousse for will fall madly in love with you because it is just the decadent of all desserts. This is what you prepare for someone that you find special, this recipe is incredibly easy to make and I’m going to take the fear out of you out of making chocolate mousse. The first thing you are going to do is whip the heavy cream, place your heavy cream in a little bowl and just whisk until it gets nice stiff peaks. After you are done, pop that in the oven while you work on the rest of the recipe. The next step is to put your egg yolk and sugar in a little bowl, mix that for a good minute or two until the egg yolk becomes nice and pale, like a thick pale color.

Place a little saucepan with an inch of water then cover with a plate, place chocolate chips on the plate then add a little water in, then just a pinch of some espresso powder and butter and slowly stir until it is nice and smooth. Take it out of the heat then take a quarter of that chocolate mix and add to the egg mixture to be able to get the eggs up to a hotel temperature without getting them scrambled. Put your egg yolk mixture back into the chocolate mix bowl then add a tiny bit of vanilla extract. Give it a heads up by stirring it. Get it back to simmer over the heated saucepan and stir it constantly for a couple of minutes or until it thickens. once it is perfect, set it aside to cool. Put your egg white in a bowl and whisk it until it gets stiff peaks. The next thing you are going to do is mix all the three elements together, take your cooled chocolate mixture and pour it over the egg white mixture. 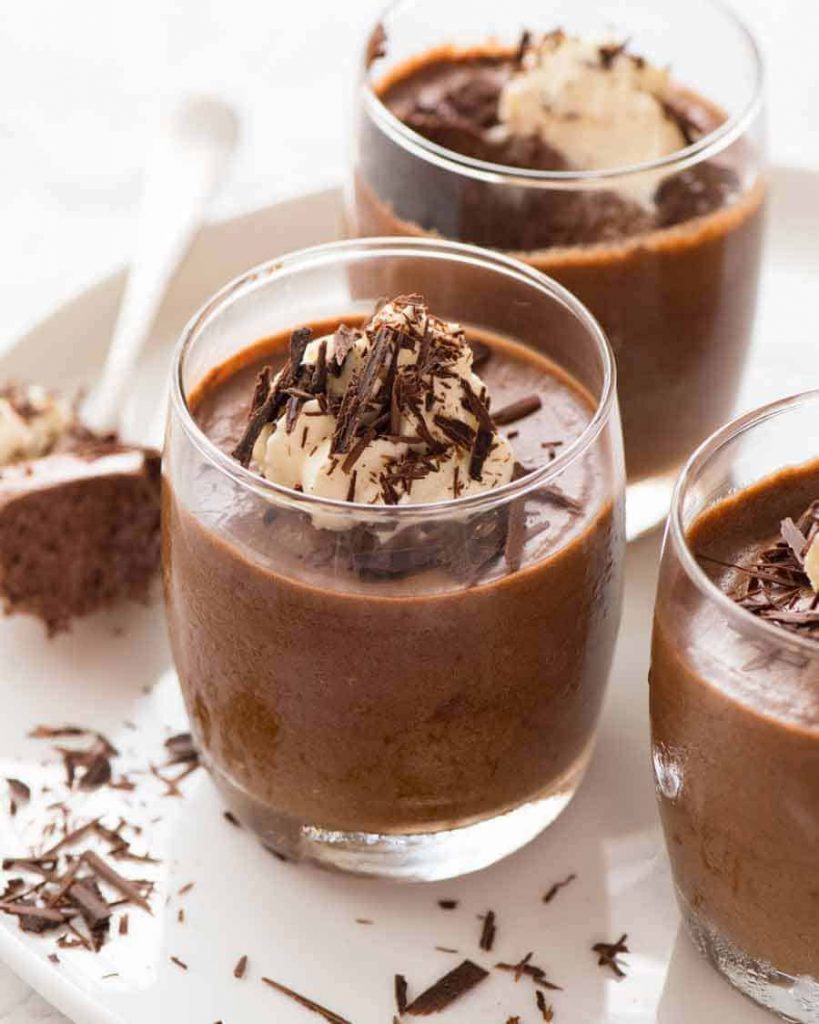 Next, take the heavy cream and add to the mixture then begin to fold everything together until you have one solid chocolate mixture. Once you are done, divide that into two little trifle dishes, you are going to have a nice chocolate mousse once you are done. Cover that with a plastic wrap and you are going to need a minimum of four to six hours or you can leave that overnight. You really get that incredible mousse texture once they are out of the fridge.