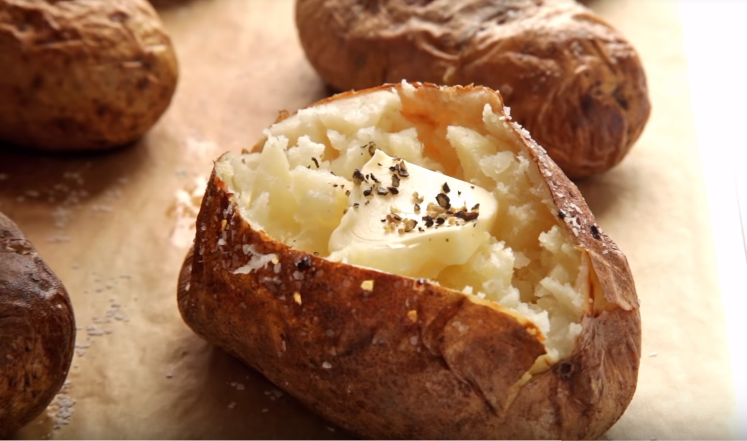 These baked potatoes are lovely and great as a side dish for any special dinner. Wash your potatoes and place them on a baking pan lined with kitchen foil. Sprinkle some vegetable oil on them and salt then place them n a 400 degrees preheated the oven for one hour or until very soft that a knife can easily slide into them. Once cooked, remove them from the oven and take each of the potatoes and cut off the top about two-thirds of the way.

You should use a dry kitchen towel to hold the potatoes to avoid being burned by the hot potatoes. Cut off the upper part then scoop the potatoes on the bigger part of the potatoes without wrecking the outside. Scoop all the potatoes into a bowl and while still hot, add butter, onions then stir until they mix.

Meanwhile, take the top of the potatoes that we had cut earlier and placed it inside the larger potato cover then start filling the potatoes with the seasoned potato mash. Divide the mixture among the number of potatoes that you had baked. Melt the top with some butter then add paprika.

Place them back in the oven for about an hour until the top is golden brown.