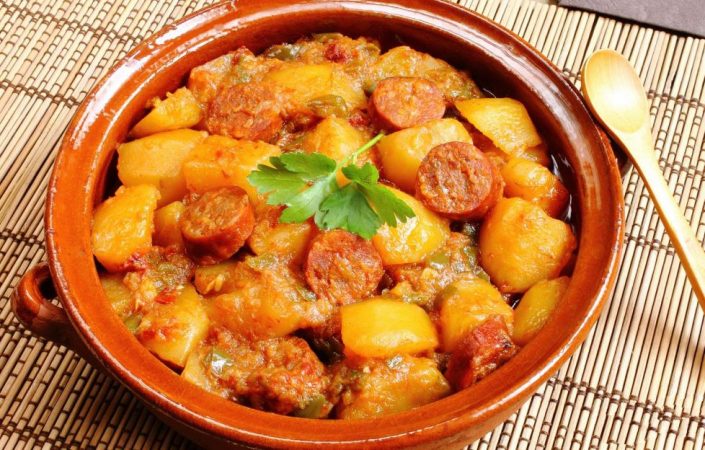 This potato and chorizo stew is a spicy and warming on pot dish rich in color and full of flavor. Have your terracotta on low heat with a good drizzle of olive oil then thinly slice five garlic cloves and a couple of onions. Give that a good stir then adds red peppers and continue to stir until it all comes to together for about ten minutes. Meanwhile, chop your semi-cured chorizo then take the layer of skin off and roughly chop it in like one centimeters slices. For your tomatoes, you cann just dice it or grate it as well, just make sure when you are doing your preparations, you keep an eye on the pot.

You don’t want to add the chorizo too early because its semi-drying and it can get a bit rubbery so you just need five minutes of it to melt until it gives all that goodness. Into the stew, add one full chili, a couple of bay leaves then stir that and cook for five minutes. Add the tomatoes straight away. At this point, start chopping your potatoes and there is a particular technique to it that. Chop our potatoes by cracking it, what you get by doing that is a lot of starch being released and that is what you need for this strew. This potato and chorizo stew needs to have a lot of starch into it so that it becomes very thick. This dish is very rustic, very homey and this is the sort of food that you will want to eat at home during winter, autumn and all the time. 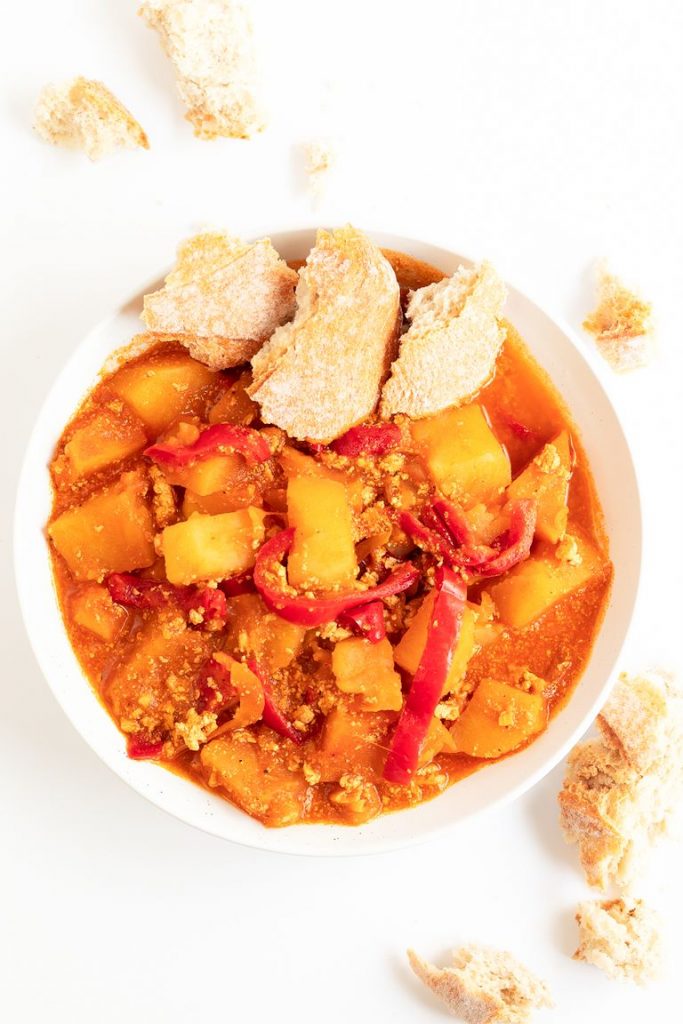 Add a few fresh thyme leaves then just a drop of vinegar can be a red wine vinegar, sherry vinegar and about two liters of water approximately then a good pinch of salt. Your stew needs to come to a boil and slowly simmer it for about 30 minutes or until all the potatoes are thoroughly cooked and they are starting to break. After your potato and chorizo stew is ready, its time to serve with a bit of lovely bread to go with it. It’s so rich n flavor so much there because of the chorizo, if you have never tried this Spanish food, I think this is a great one to start with. A real authentic Spanish food at its best all done with ingredients you can find easily.