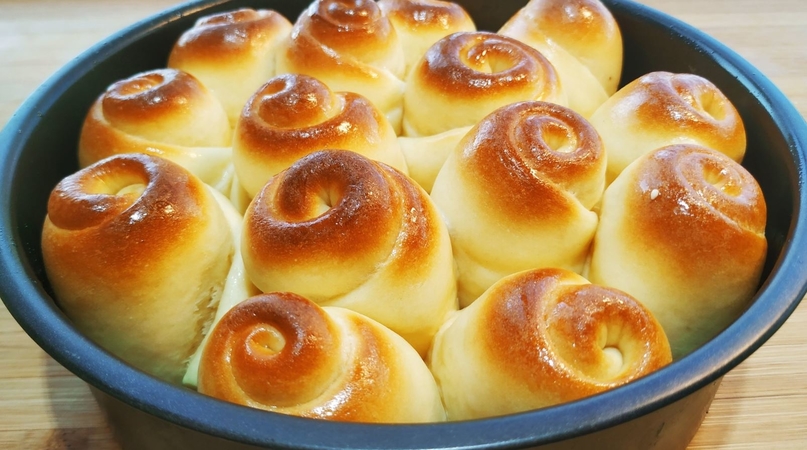 The technique to make it super light fluffy and tender, the first thing you are going to do is to make a tang song. Cool paste you heat up flour some water some milk gelatinize the starches to create a really cool tenderness in the bread. Begin by weighing your flour. Add your flour into a saucepan on a weighing machine. Then add into the flour whole milk and water. Whisk everything together using a whisk. Put the mixture on medium heat and whisk constantly to avoid the milk from scorning and burning. Once you feel the mixture thickening continue whisking vigorously and then it will smooth out. When it gets foamy, it is a good sign.

Take some time to get to the sides of the pot and make it all thick and glorious. Next, let the mixture of flour water and milk cook. Transfer the mixture to the pot and let it come to room temperature. In a glass add in some Luke warm milk. To the milk add in an egg and whisk it in order to break up the egg a little bit. This will make the dough to be so much better. To the cooled flour mixture add the egg and milk mixture, honey, salt. Next, add yeast to your flour. 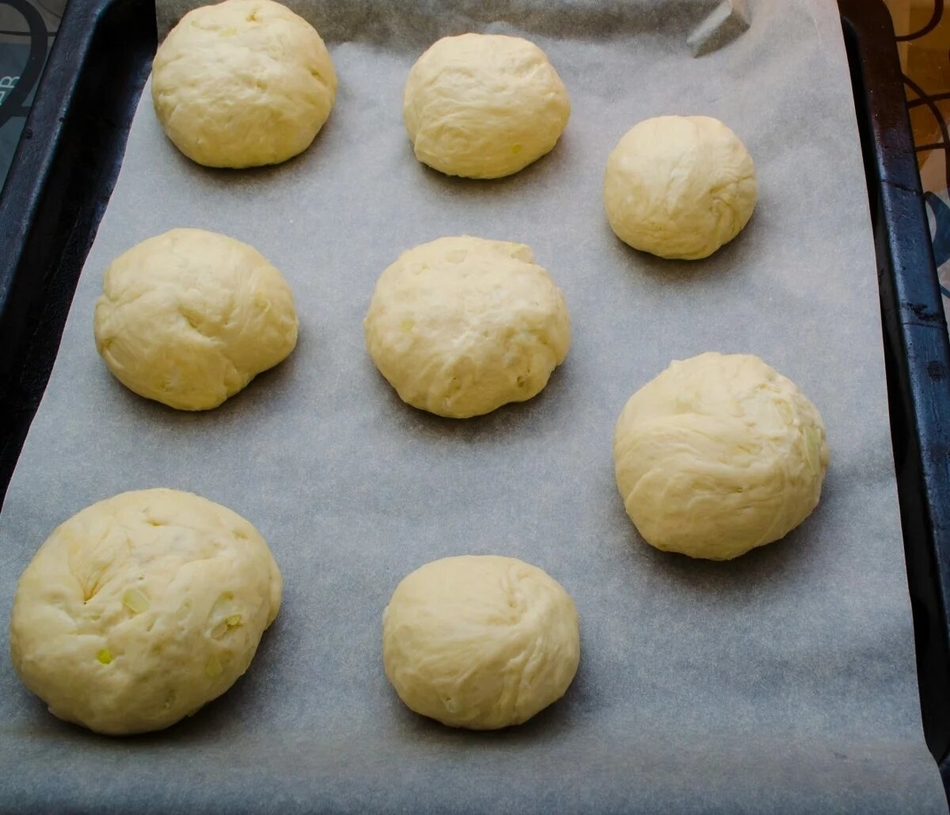 Add the flour yeast mixture to the cooled mixture. Using an electric mixer mix the mixture until the dough gets strength. When the dough looks like it has gained some strength add in unsalted butter but not melted to avoid getting too sloppy mixture. Mix until no butter is seen then raise your speed on the mixer. After 10 to 15 minutes the dough will start coming together around the hook. Turn the speed down and after 10 minutes the dough should be smooth and shiny a little tacky but not wet.

Get a clean bowl and spray using neutral oil spray. Using a bowl scraper that has been sprayed with oil spray make sure you get all of the dough out from the mixer and put it in the oiled bowl. Spray on the top with oil and then flip it again. Cover the dough with a plastic wrap really well. Let it sit for 45 to 50 minutes until it doubles in size. Once doubled in size remove from the bowl and put it on a counter and degas a little more. Using a bench scraper cut the buns.

Keep doing this rather quickly. Take each piece and do a degassing of it. Get it flat and start kneading it grabbing its ends together until it looks like a little dumpling. Turn it over and turn your hand into a claw and go round and round with your hand almost like a cage. Roll it around to tighten the bun and creating a perfect little round. Place them in a baking sheet that has been lined with parchment paper spacing them a little to give them space to grow.

After you have done making them cover them with a plastic wrap and let it sit to proof. Once they have proofed and become bouncy and doubled in size remove the plastic wrapping. Using a ripe test you can find out if the dough is done rising. This is done by poking gently the dough and leaves identification. Using a pastry brush and lightly brush the buns with an egg wash. The egg wash is basically an egg beat. Once done put them in a 350 degrees F preheated oven.

Once they are done remove them from the oven. To be sure they are done they should be golden brown. Tap the bottom if they sound hollow they are usually done. Also, you can use a thermometer and measure the temperature it should be 190 degrees or above for it to be done. Let them cool before you eat.