If you can get greek yoghurt where you live, then you can make it in your kitchen and just like the most homemade recipe, this greek yoghurt is amazing and you can use it in baking pastries. You are going to need half a cup of plain yoghurt, you will use about a quarter a cup of plain yoghurt per half a gallon of milk and the equipment that you will be using is an instant pot.

Pour a gallon of milk into the instant pot and put the tab on, close the lid and push the yoghurt button on the instant pot until it says to boil. This is going to scald your milk and will take about half an hour to 45 minutes until it changes then you will add in the yoghurt. If you are doing this over stovetop you just want to get the bubbles over the milk right before it boils. 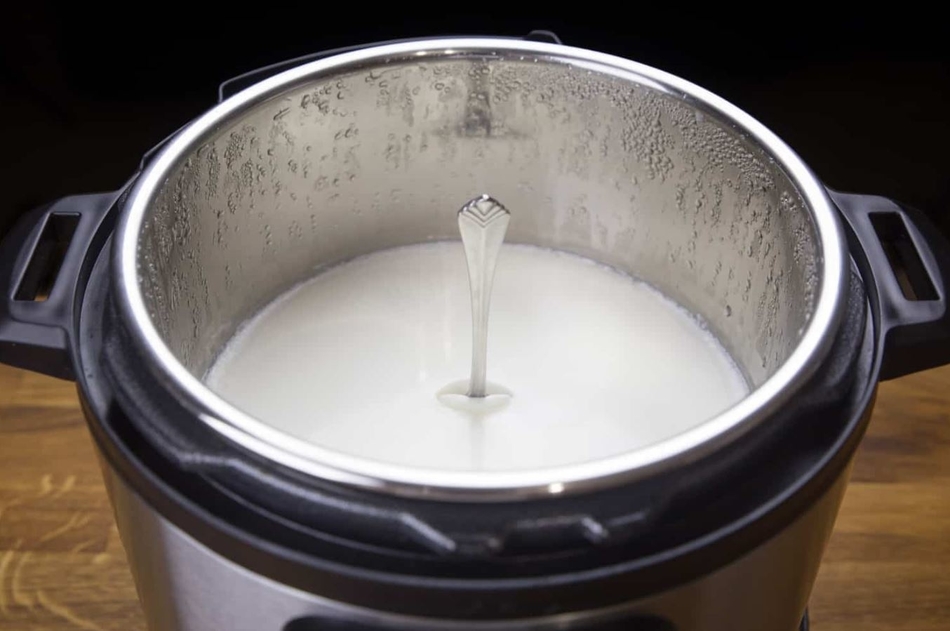 Unplug the instant pot and let the milk cool to room temperature, you can place the milk over a cold water bath and stir it continuously to speed up the cooling process. Measure half a cup of yoghurt and you want to temper the yoghurt by taking half a cup of milk and mixing it with the yoghurt until smooth then pour it into the instant pot with the rest of the milk and whisk it. Place the lid on and put the pressure valve to sealing the hit the yoghurt button until it says 8 hours.

You want the milk to incubate for 8 hours in the instant pot. After 8 hours it will be very bubbly on top, nice and solid. Line your colander and you will use tow of then with a filter that is stilling on a bowl then spoon the yoghurt and let it sit while the way sips through in onto the bowl below the strainer.

Let the way strain overnight and by morning, the Greek yoghurt will have firmed up a little bit with all the way strained out. You could add spices to this yoghurt and spread it on toast and it will be great or dump it into a bowl and serve when you need it. You will end up with about 9 cups of yoghurt from one gallon.