Roll cakes are thin sponge cake that can be filled with anything then rolled. All types of roll cakes start with a basic sponge cake. You will need 4 large eggs, separate the yolks from the whites then into the egg whites, you will add a pinch of salt then beat the whites adding two tablespoons of sugar in the process.

Beat the whites for a few minutes just until they achieve a medium peak where the curves of the whites just curl a little bit. Set the whites aside. For the yolks, sift in icing sugar then whip them until thick and creamy and doubled in volume, add a teaspoon of vanilla then whisk that in. Sift in a little cake and pastry flour and fold in the flour then add half of the egg whites and fold them in until almost combined. Add the rest of the flour and the whites in two stages so you can keep the air in both the whites and the yolks. 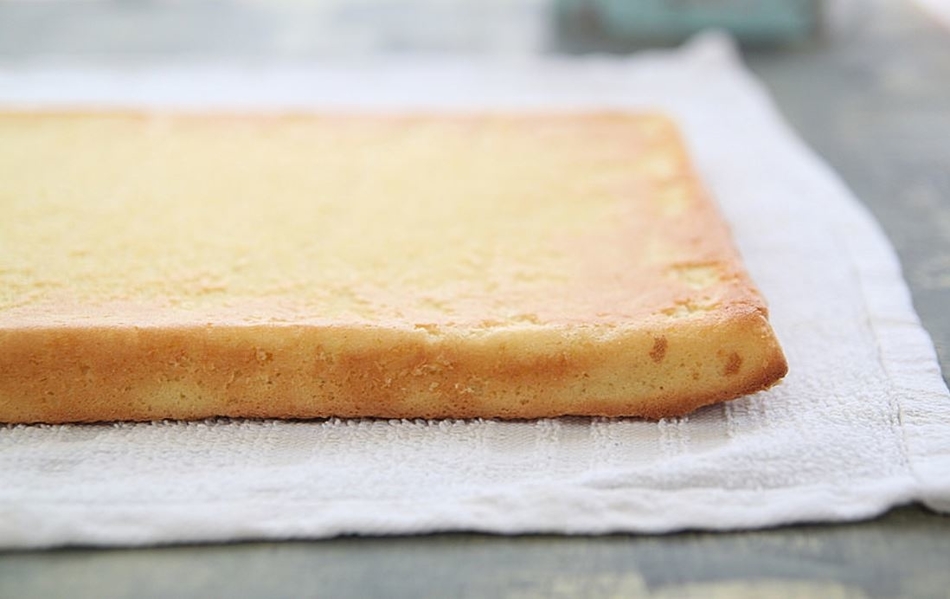 Make sure everything is fully incorporated then you will line a sheet pan with parchment pepper and pour the batter in the pan then level it as much as possible. Bake, it in a preheated 350 degrees Fahrenheit for 12 minutes, check the doneness of the cake by giving a little press, if it springs back, the cake is ready.

Dust the top of the cake with icing sugar then take a clean tea towel and place over the cake then flip it upside down and, remove the parchment paper then dust with icing sugar. Take the tea, tuck it in and start rolling, let the cake cool as it is then unrolled and apply any filing of your choice, it can be any kind of jam or buttercream then roll it again.