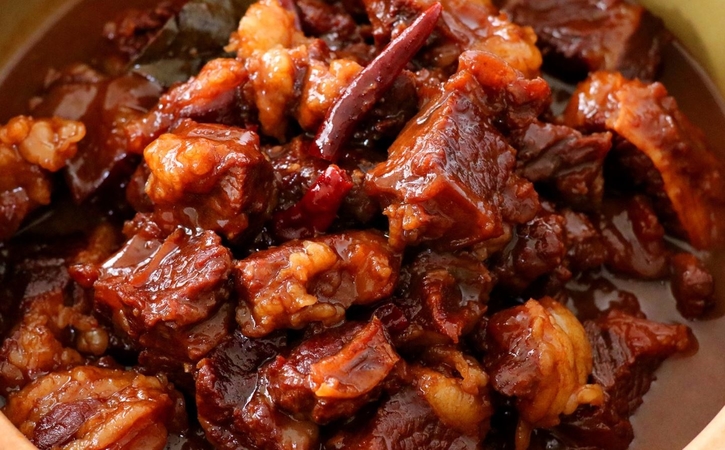 This dish takes about an hour to make and it is pretty easy to make, it is super delicious with white rice. To start you need beef then cut the beef to an inch and half-inch size and work through the beef and give it a blanch. To blanch toss the beef into some cool water together with some ginger, this is about 2 inches ginger sliced in half and gently smashed. Put the heat in high cover and bring it up to a boil. The purpose of the blanch is to remove the impurities and a little bit of grease and once it is at a rapid boil skim out all the gunk and transfer the beef and ginger onto a bowl.

To cook this in aromatics and spices you will need a leek cut into sections, ginger roughly minced, and garlic also minced. The spices are cinnamon stick, anise, chilies, herbals, dried bay leaves, and coriander seeds. Next toss in the dried beef and ginger into a pan heating over medium-high heat and toast them for about3 minutes until the surface is dry and a bit brown. Scotch the beef to the side and add in a tablespoon of oil and add in minced garlic and ginger. 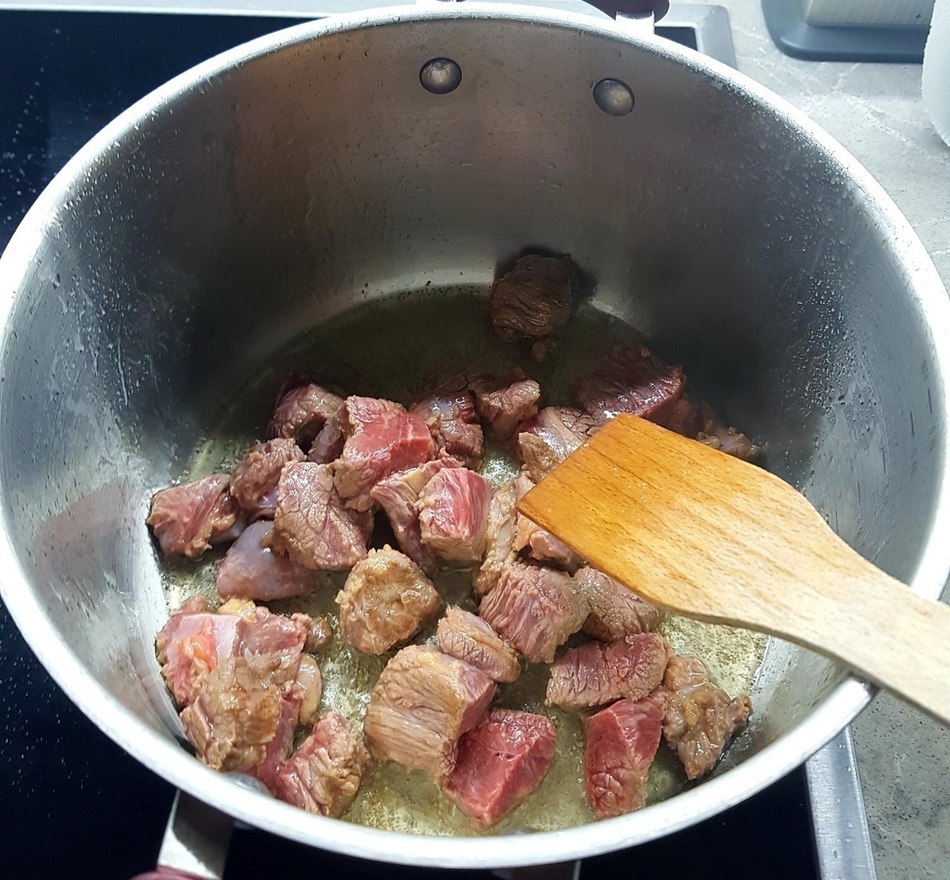 Fry for about 10 seconds in the oil then fry all of them together for another minute then transfer them to either a clay pot or cast-iron Dutch oven. Add in hot boiled water, leek, the spice plate, soy sauce, dark soy sauce, and sugar and then cover it and let it stew for one hour at the lowest speed. Peel the potatoes cut them to 1-inch chunks, and toss them in a bowl of water for oxidation and removal of excess starch. Once half an hour as passed check the water level and add the hot boiled water if necessary.

After another hour, the beef should be done. It should be tender enough to easily poke through with the chopstick. At this point add the potatoes, remove the leek and cover and cook for 15 minutes over a medium-high flame. After the 15 minutes uncover and jostle everything around a bit. The liquid will be a bit thicker.

Let it cook uncovered at medium heat and stirring it occasionally to reduce the liquid. After the reduction, season with salt and give it a mix and let it cook for about another minute, and out braised beef with potatoes is done. Serve to the plate and enjoy it.