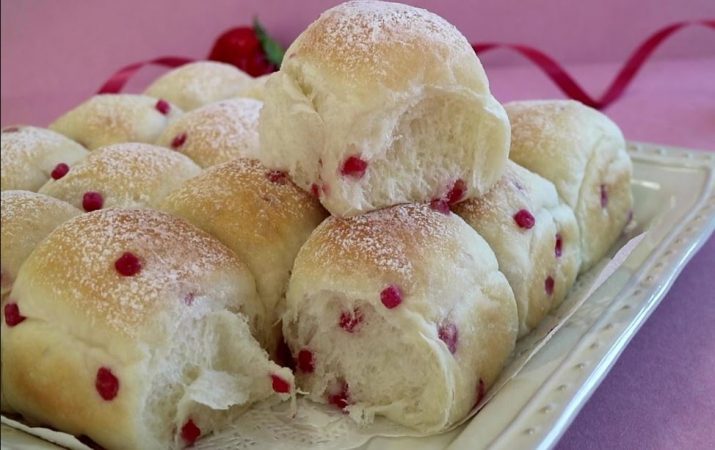 A friend of mine requested me to make these blueberry jam bread and I don’t know why I took me this long. Since its such an easy recipe, let’s start with the ingredients, now, in a small saucepan, add in your butter and milk and you are going to just heat that up until the butter is melted. The mixture should be no more than120 degrees Fahrenheit and if its any more than that then your yeast won’t be activated because it’s too hot. You can just feel when your butter and milk is at the right temperature, pour it into the mixing bowl and then add your yeast and leave if for about 5 minutes or until you see bubbles starting to form. Once activated, begin adding your flour slowly while beating the mixture on low speed, This recipe is the easiest recipe you will ever find for blueberry jam bread. Add sugar, flour and egg yolks.

I like to use the egg yolks instead of whole eggs, I think it gives you a much richer and almost like a brioche texture. So, if you are into that then I think you will really like this. Start beating on low speed until everything is well incorporated and then increases the speed to medium. Add your solid blueberry jam and let it mixes for about 5 to 7 minutes until the dough is super smooth. If you are not using a stand mixer, then it should not be that difficult, after mixing the flour in a bowl until the dough starts to form, flour your surface and then begin kneading the dough. In between the kneading process, add solid blueberry jam then butter and knead until your dough is well formed and soft. Roll your dough into a ball then place it into a greased bowl and brush on top of it with some more oil because you don’t want it to form a crust. 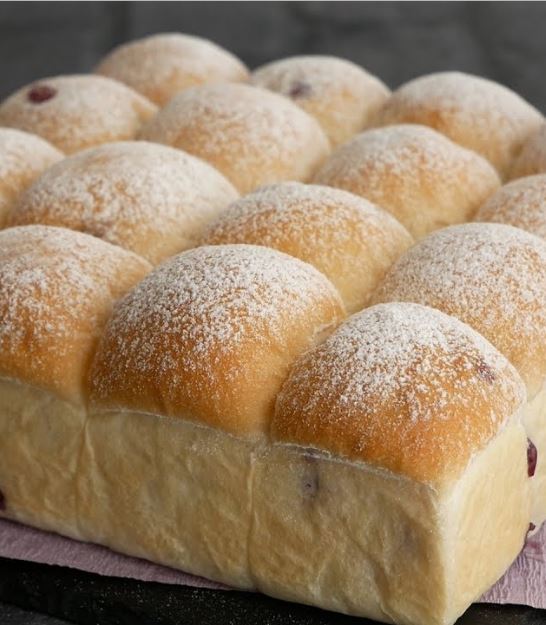 Cover it with a plastic wrap and let that rest for an hour or until it doubles in size. Take your dough off the bowl once its risen the flour your baking surface and flatten your dough. Cut the dough into halves until you have about 12 dough pieces then roll each dough into a ball and line them on your baking tray. Cover them with a kitchen towel then let them rise again for 45 minutes then you are going to bake them for about 25 minutes.