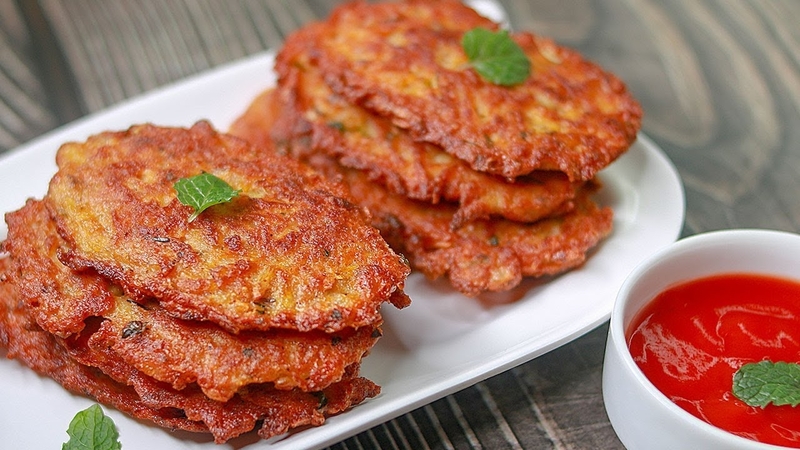 When I tell you that making perfect hash browns is easy, I mean it because there is only one main ingredient that is the potatoes and it takes just 30 minutes. There are two kinds of hash browns: The chunky, floury, vaguely brown but not crisp kind, and the lacy, crunchy, shredded version here. Guess which one we prefer? You are right, the crunchy shredded version.

To make the perfect spicy hash browns every time, start with peeling the potatoes then grate them which takes like a minute to grate one big potato. Once you have your shredded potatoes, put them in cold water to absorb the starch and bring out the crispiness in the hash browns at the end. 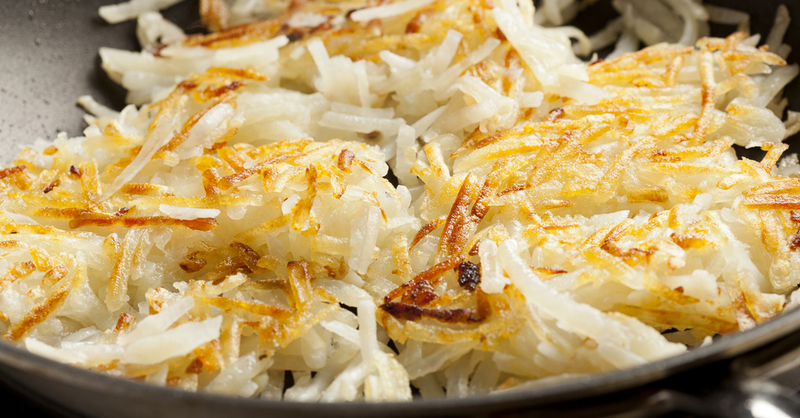 Once the potatoes have sitten in the water for around five minutes, take them out and squeeze the water out to leave dry potatoes. Once you are done and your dry grated potatoes are in a bowl, shred in a shallot, it gives a great flavor but it’s not too overpowering but if you don’t have a shallot you can use an onion.

You are then going to need an egg white, a little bit of flour just to bind everything together. Season it with salt and pepper then take a spoon and just mix everything together. Place your skillet over the heat and pour some olive oil just enough to cover the bottom of the pan.

Take a third measuring cup and use that to make all the hash browns the same size, so fill that up then put in in the skillet then take a spatula to flatten it a little bit.

The hashbrowns should be thin so they can be really crispy, that is going to take around 7 minutes on each side and medium-high heat.