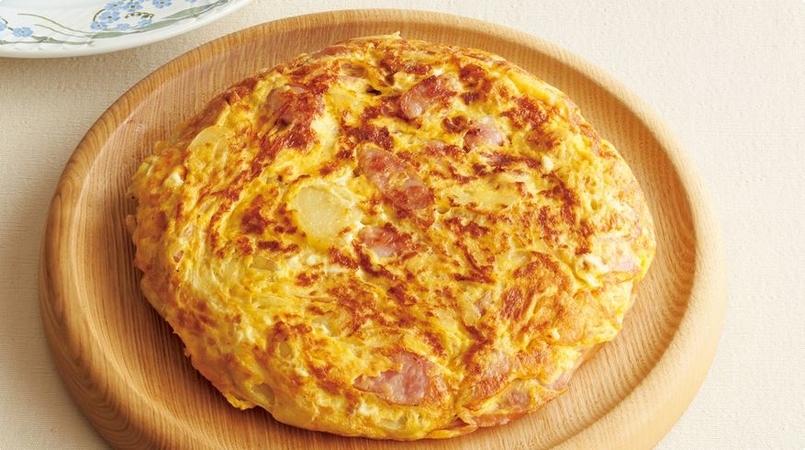 The best way to serve a Spanish omelette is to slice it like a cake. It’s great on its own but makes a fabulous light lunch served with fresh bread and a salad. Spanish tortilla has another advantage: because it is better at room temperature than it is hot, it should be made in advance, anywhere from 15 minutes to a few hours.

In its most basic form, the tortilla is a potato and egg open-faced omelette that derives most of its flavour from olive oil. Onions or scallions can replace the potato in part or entirely, as can cooked greens like chard. The first thing to do is prep the potatoes. Rinse them, peel them and slice them. To do this, cut them in half length-way and again in half. Slice these thinly. 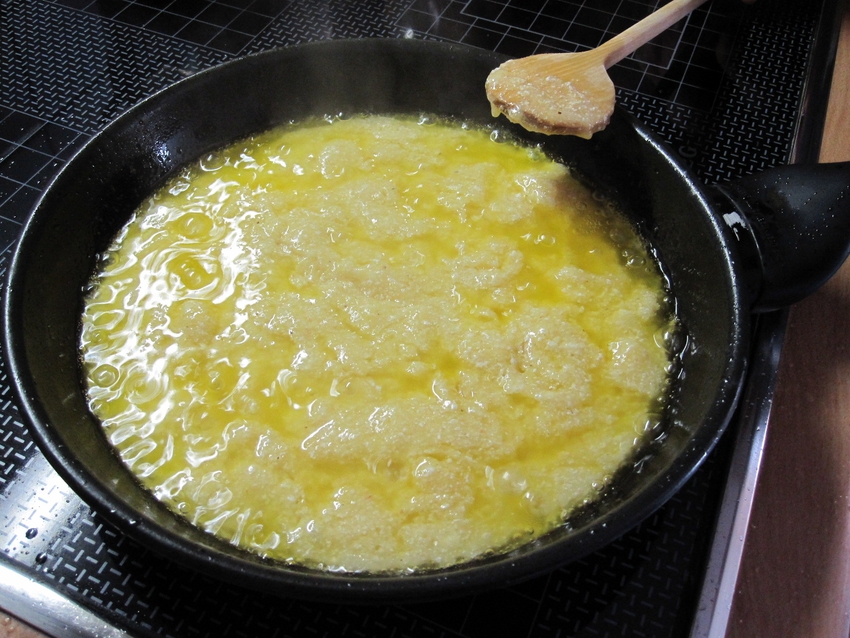 While doing this, pour oil into a frying pan. You will need about 2 cups of oil. Once the oil is hot, add the potatoes in. Do this carefully so you don’t burn yourself. Fry the potatoes for about 5 minutes before adding in the sliced onion. The cooking time might vary depending on the thickness and type of potatoes.

Meanwhile, in a mixing bowl beat 4 eggs. Add a generous pinch of salt and give it a mix. When the potatoes are cooked, drain the excess oil and add them into the bowl with beaten eggs. Mix everything together and let it rest.

Then heat oil in the frying pan and pour the potato/egg mixture in. Make sure use about ¼ cup of oil so that the omelette will not stick to the bottom and also stays juicy. Cook until set around the edges, flip over (using a large plate) and cook until it looks to your liking. Serve on its own or with the meat of your choice.