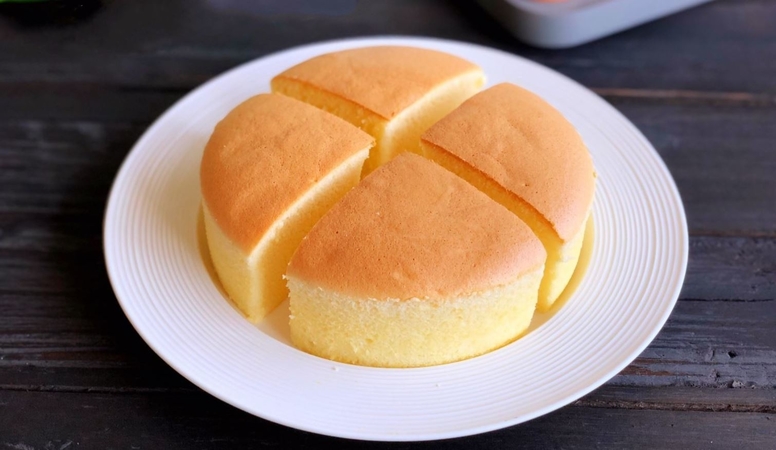 This cake is absolutely moist and delicious, perfect for any time of the day with a cup of tea. Start by cutting softened unsalted butter into smaller pieces and placing them into a bowl of a stand mixer then add sugar with a pinch of salt and cream everything together on high speed for 4 minutes or until creamy, fluffy and pale, scrape the sides of the bowl occasionally when mixing. Separate egg yolks from the egg whites and set that aside.

Add 15 ml of milk and vanilla extract for flavouring and mix it in until combined then add the egg yolks one at a time and mix until combined before adding another yolk. In a separate bowl, sift in cake flour and baking powder then whisk to combine. Add the sifted flour to the butter mixture and using a spatula, mix until the flour is moistened then set the batter aside and work on the egg whites. 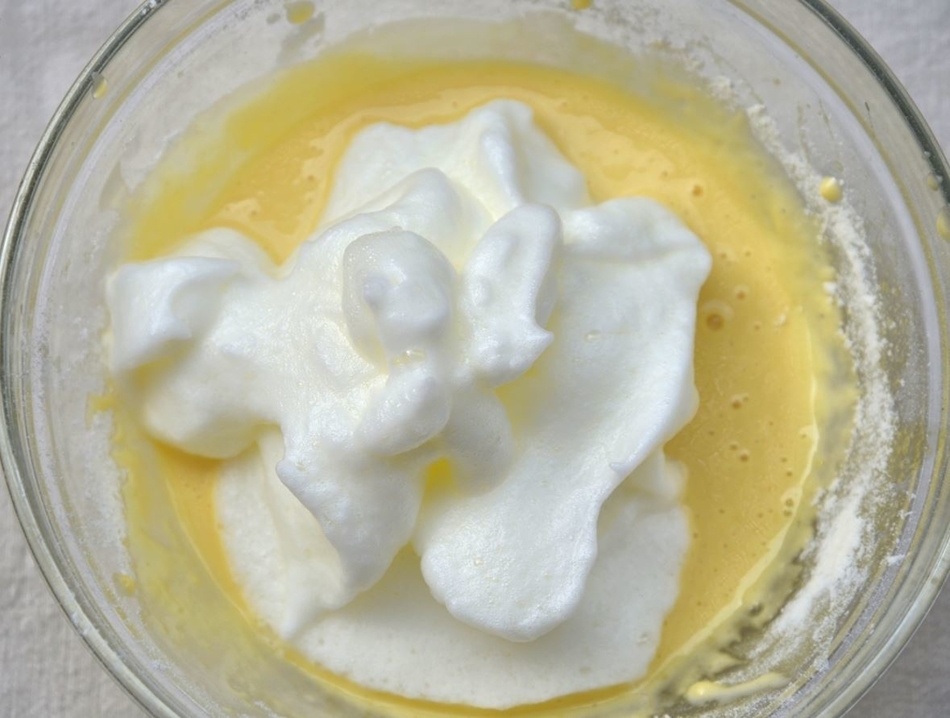 If the batter is a little curdling, just keep adding more egg white and folding until everything is combined. Transfer the batter into a parchment-lined 9 by 3 round cake tin pan and bake in a 320 degrees Fahrenheit preheated oven for 55 to 60 minutes or until a skewer inserted in the centre comes out clean. This cake is light and fluffy, you can serve with cream of the side or eat it plain as it is.