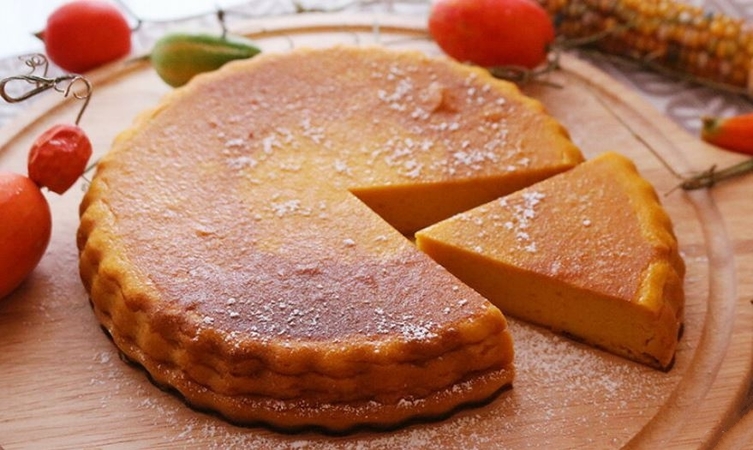 There are some brown sugar and cinnamon added to the crust, which gives it some extra flavour and really compliments the cheesecake. The pumpkin cheesecake filling is thick and creamy and easy to put together. It starts with your usual suspects – cream cheese, sugar, a little flour and some sour cream. Add to that the pumpkin puree, spices and eggs and you’re filling is ready to go. 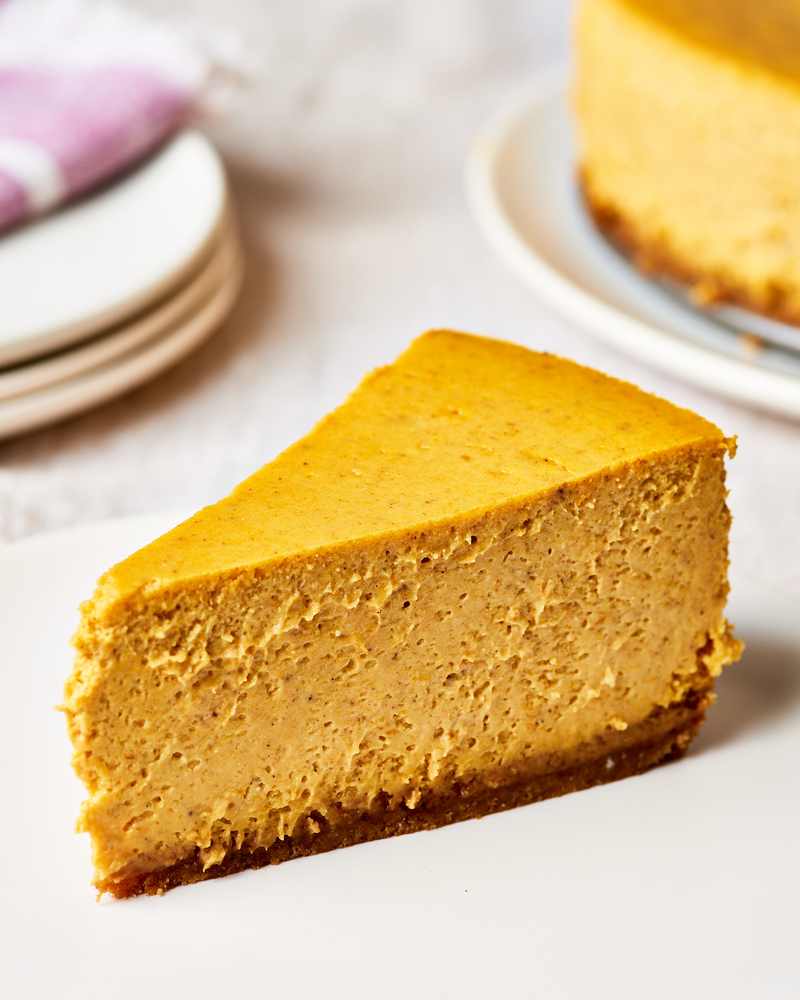 The important thing to remember when putting the filling together is that you want to mix things on a low speed. It helps to not incorporate too much air into the batter, which can rise to the top of the cheesecake during baking and cause cracks.

This cheesecake is baked in a water bath, which really is the best way to go when baking a cheesecake. It lends a more moist cheesecake that doesn’t brown around the edges, sink in the middle or have cracks. It’s a few extra steps that are definitely worth it.

Once the cheesecake is baked and cooled, it’s topped with cream cheese whipped cream that pairs perfectly. The final cheesecake is so good that it just melts in your mouth.