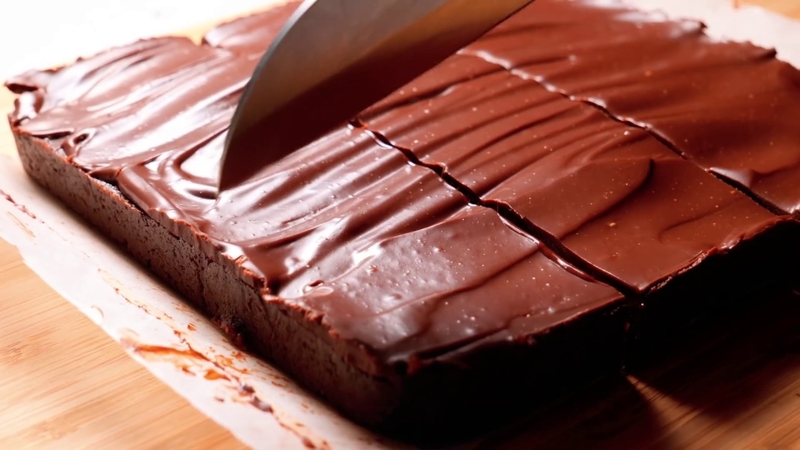 No-bake fudgy brownies have a rich chocolate flavour, super chewy and they are best topped with a creamy chocolate ganache that is sensational. They are so fudgy, chewy and full of chocolate and teh creamy chocolate on top is so good. Most no-bake brownies are made with dates which makes them very sweet and heavy and while they are very good, you can leave the dates out if you won’t have them.

They will taste just as good. You will be using only clean real footing ingredients in this recipe so you will first mix in a bowl ground almond flour with raw cocoa powder. Mix together with a spatula until you see n0 more lumps and it’s well combined, set that aside. In a food processor, add pure organic maple syrup, vanilla extract, fine salt and raw cashew nuts. Process that for a few seconds until it is nice and creamy and depending on your machine you may need to scrape the sides of the bowl. Next to the cashew mixture with the cocoa mixture in the bowl. 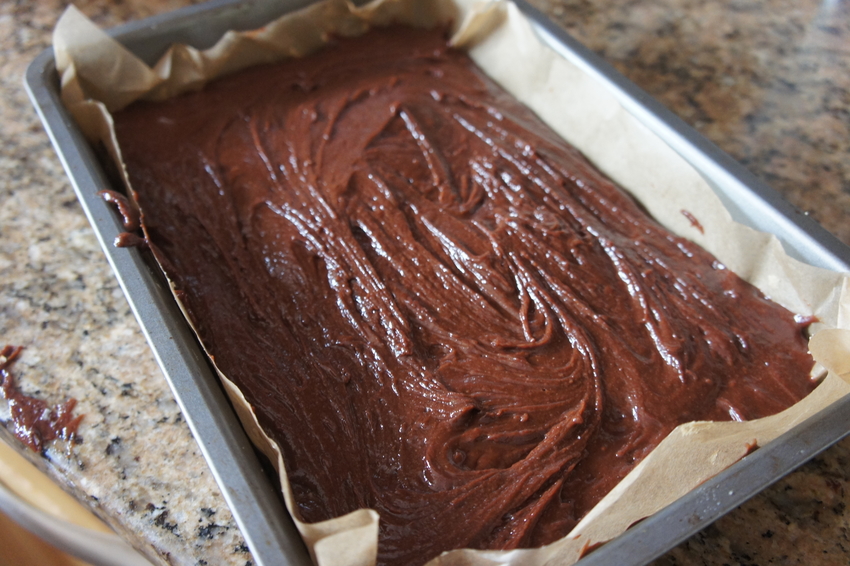 Use a spatula because the mixture is sticky and mix until it turns into a dough and everything is well combined. Line an 8 by 6-inch pan lined with a parchment paper so it’s easy to reive the brownies later. Place the dough in the pan and with the spatula, press the dough is it’s nice and even and you want your brownies to be about half an inch thick. Put int in the fridge for about 20 minutes to set and in the meantime, you can be making your chocolate ganache.

You will melt your ingredients in a large bowl over simmering water, add unrefined coconut oil, a dash of maple syrup, vanilla extract and raw cocoa powder then give that a mix and after it has melted, remove from the stove and mix in any milk of your choice. If you don’t have the milk, thats okay but you will have a hard chocolate shell on top of your brownies.

Let the ganache cool and thicken up and yoiu can place it in the fridge just to speed up the process. Once thickened, spread it on top of your brownies in an even layer. Remove the brownie from the pan and cut into squares and serve. These no-bake fudgy brownies are teh best way to satisfy your sugar cravings and because they are easy to make and no oven is required.