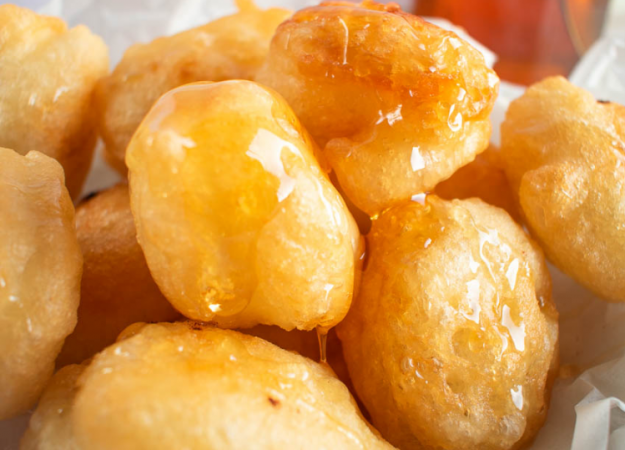 Greek sweet, balls of dough deep fried until golden then drizzled with honey and sprinkled with cinnamon. These delicious mouthfuls are impossible to resist. In Greece, we call them Loukoumades which is a word used to describe something very tasty. 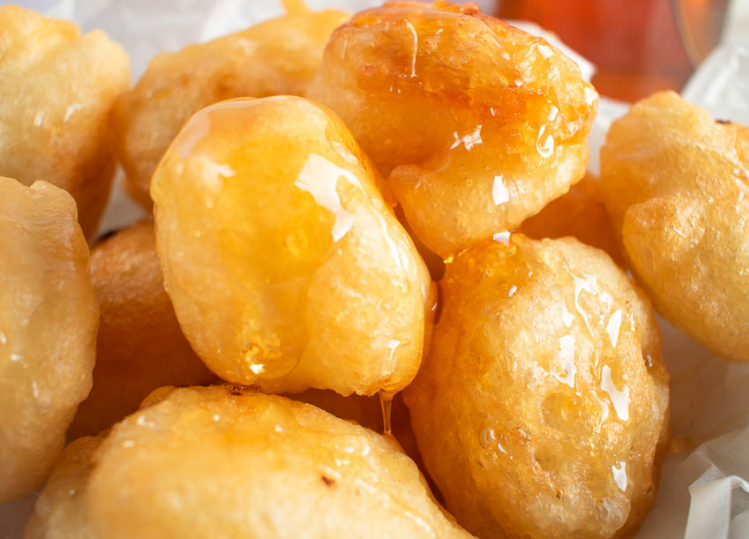 They can also be described as Greek donuts. Deep fried until crispy on the outside while very soft and fluffy on the inside.