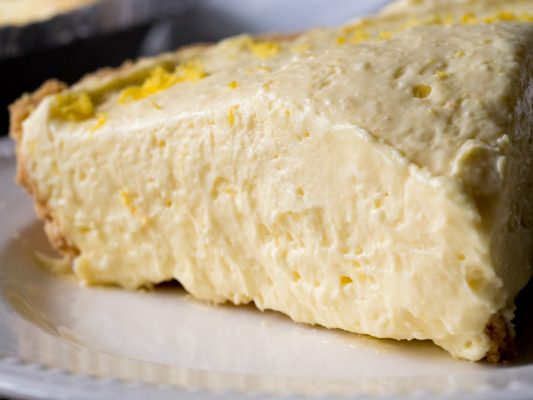 Cheesecake pie is made with just a handful of ingredients. It uses an easy technique that will result in one of the most delicious cheesecakes you have ever had. The Cheesecake is topped with a thin sour cream layer, that nicely balances the sweetness in it. The cheesecake is light and refreshing, yet rich and dense, making it the perfect dessert. If you are a cheesecake fan, you have to try this one.