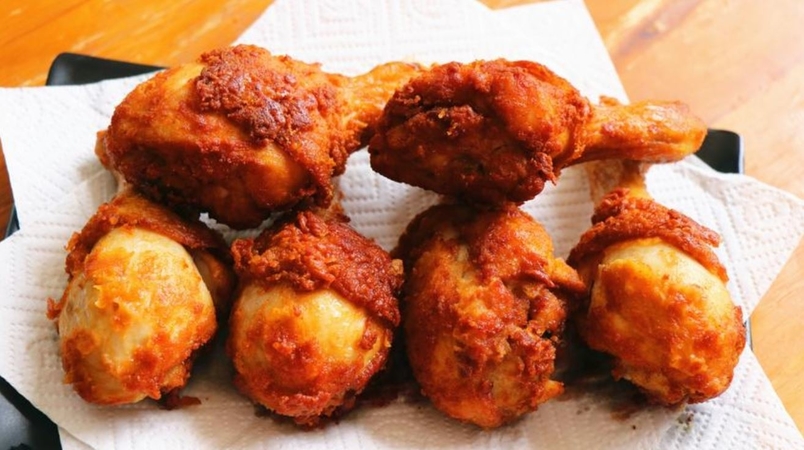 This fried chicken is made with one of everyone’s chicken parts, the drumstick. It is made with a spicy dipping sauce that goes along with it. YTo start with the dipping sauce, in a small bowl, add in egg yolks, dijon mustard, and vinegar then stir then together with the after that drizzle in a little vegetable oil while constantly stirring until it starts to thicken up. Once set, add in more dijon mustard, along with diced onion, chilies then set it in the fridge until you are ready to dip.

For the chicken legs, season each piece then set it aside, prepare the dredging mixture by thinly slicing rosemary, thyme, and sage then add that to a large bowl along with all-purpose floor and this will make your chicken super crispy. Once everything is in the bowl, mix very well until all the flavors have been dispersed evenly. Coat each drumstick with a generous amount of the seasoned flour then place them on a wire rack, when the chicken is all dredged up, whisk up the eggs with a splash of milk, and some pepper. 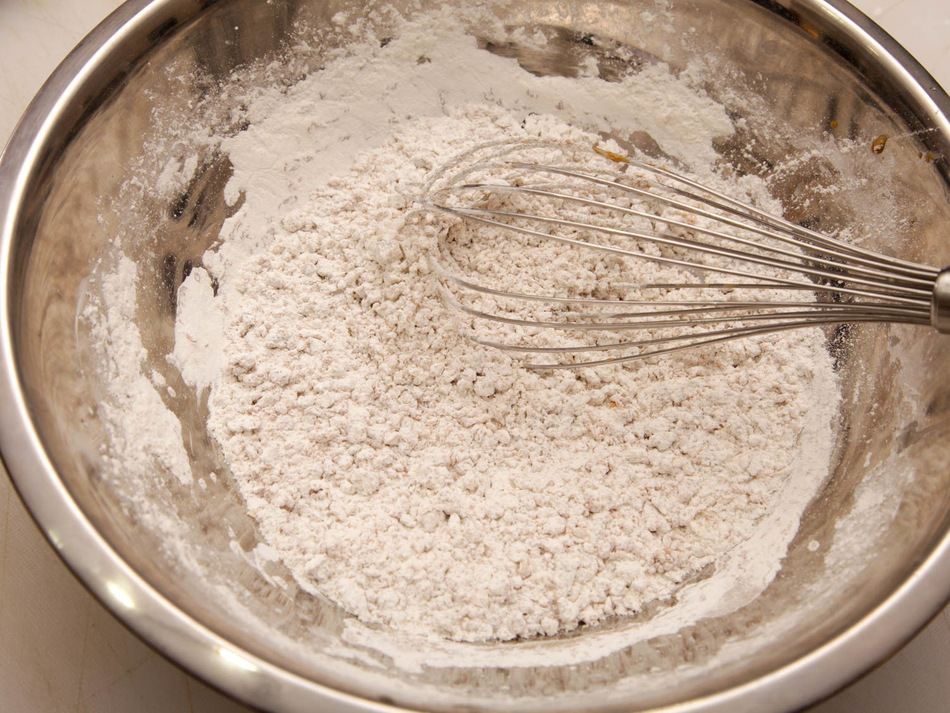 Begin to0 dredged the coated drumstick by first dipping them in the egg mixture then in the seasoned flour one more time to get a very crispy coating. One thing to note is to avoid crowding the flour of the egg mixture with the eggs because the chicken won’t get breaded as it should be.

You can use a bigger bowl or work in batches. In a large pot filled about halfway with oil that is at 375 degrees Fahrenheit, begin frying the drumsticks in batches. The chicken will take about 12 to 15 minutes or so but it does depend on the size of the chicken legs that you have. Serve the chicken drumsticks on a plate with the side sauce and enjoy some crispy deliciousness.