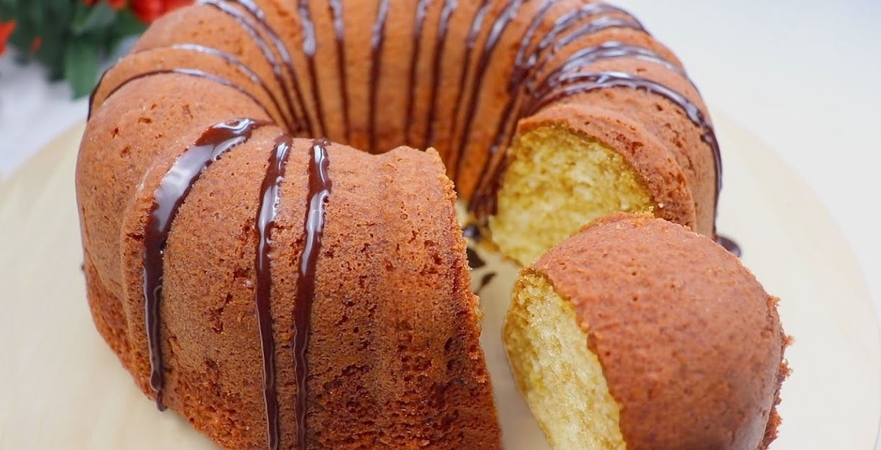 The rich dense batter is filled with fresh bananas and banana pudding to give it a moist texture and robust banana flavour. To make this bundt cake recipe with cake mix, you can use either a white, yellow or butter cake mix. We tend to use yellow cake mix the most, with the white cake mix coming in second. Yes, butter cake mix is always good, but for some reason, we prefer the other two over it.

When using a 10-cup pan, the batter will rise up and bake with lots of support from the pan’s centre and outer edges to keep it from deflating. However, in a 15-cup pan, the cake is going to be short and stout. There’s a good chance the batter will cling to whatever part of the pan it can reach. Since it won’t be rising as high in the pan, it’ll essentially glue itself to the sides to keep from collapsing. That’s not what we want. 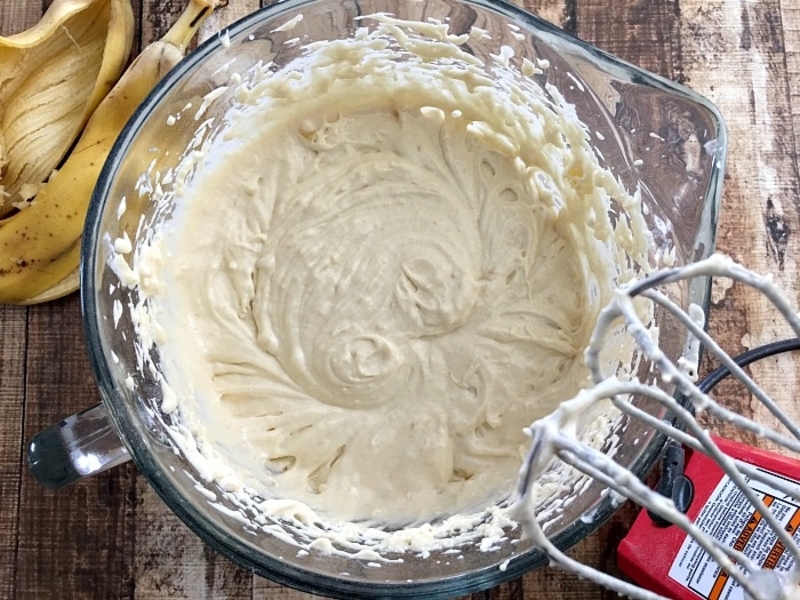 Any non-stick spray residue or general buildup will reheat when you bake again, turning into sticky cake-glue that will refuse to let go of anything you put in it.  To achieve the best flavour in this banana bundt cake recipe, you need to use super bananas that are covered in spots but that aren’t completely black all over.

Overly dark bananas get too sweet and have a bit of harshness to them. But perfectly ripe bananas lack that essential banana flavour that you need to stand out against the other ingredients in this banana pudding cake recipe. Start by creaming butter until light and fluffy. Add sugar and mix further. Add eggs one at a time waiting for the previously added egg to be fully incorporated. Scrape bowl often.

Whip until mixture is light and fluffy. Add vanilla.3
Sift together flour, baking powder and salt. In low speed, add dry ingredients alternately with banana puree.4
Scrape batter into the prepared pan. Place in oven and bake until centre of cake bounces back when lightly pressed with a finger or a toothpick comes out clean. About 60-75 minutes. Let sit in the pan for 15 minutes before removing.