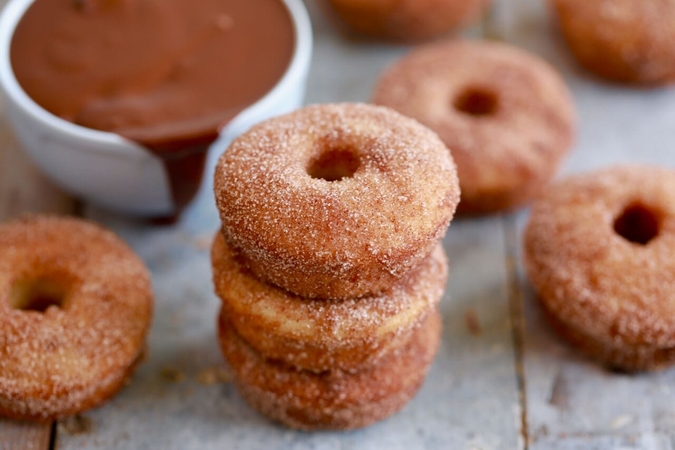 If you love desserts as I do then taking a churro and mix it with a donut will change how you eat your desserts. You are going to start off in a large bowl and mix together the dry ingredients. Add in flour, sugar, baking powder, salt, and a little bit of cinnamon then whisk them together and set them aside. For the wet ingredients, add in some milk in a jug, eggs, melted butter, vanilla extract and then whisk all together. Bring the dry ingredients and create a well in the middle and pour in the wet ingredients and start mixing using a hand whisk until the batter is well formed and consistent. 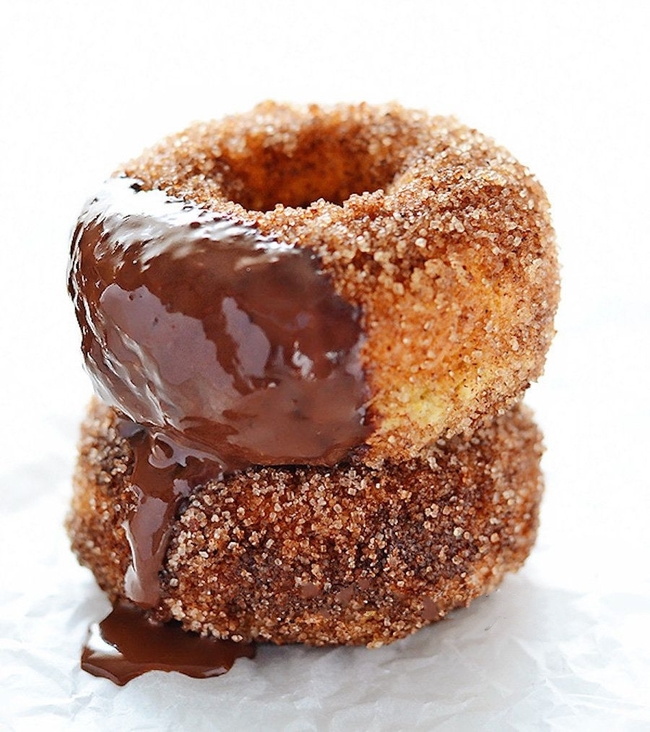 Use a spoon to pour the batter in a donut pan about three-quarters full. Once done, pop them into the oven, bake then at 350 degrees Fahrenheit oven for 15 to 20 minutes. Once baked, let them rest out of the oven for around 5 minutes before removing them from the pan and onto a wire rack to completely cool. To create the lovely cinnamon sugar for the donuts, Place melted butter in a bowl, add in getting a baggie of cinnamon sugar on the side. Take the cooled down the donut and pop them in the melted butter and toss it around the melted butter.

Carefully take them out and then pop it into the bag of cinnamon sugar and toss it around the bag. It is really important you do it in the bag because it really coats the donuts When nice and coated, take them out of the bag and serve with chocolate sauce.

To assemble your donuts ;