This cake is a super light and fluffy cake that is made the cut in layers to make more delicious cakes such as victoria cake or any layer cakes. The first thing you need to do is line a 7-inch cake pan with a parchment paper on the bottom and the sides. Put butter and milk in a small bowl and microwave them until the butter melts then on a separate bowl, sift the cake flour twice, this process is very important in order to have a fine texture cake and not to have lumps in the cake. 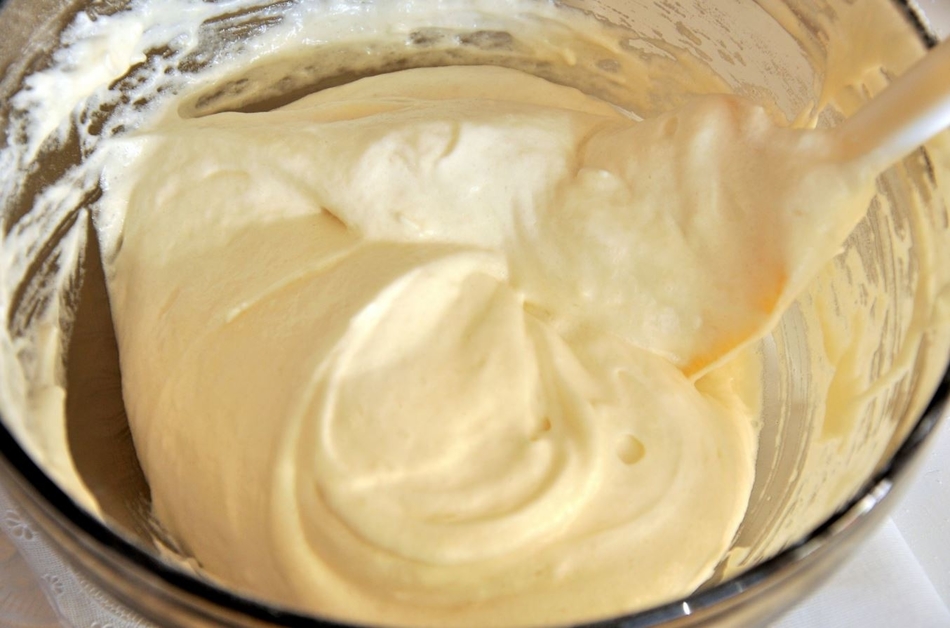 It is very important to whip the eggs really well. Add the sifted flour in three additions and at this point, you will use a spatula to fold the flour in the batter so that you do not overmix. After all the flour is moistened in the batter, add the melted butter and milk mixture and fold in with the spatula.

Pour the batter in a prepared pan and bake in a preheated oven at 350 degrees Fahrenheit (180 degrees Celcius) for 20 to 25 minutes. Take the cake out of the oven and insert a toothpick in the centre and if it comes out clean the cake is done, let the cake cool in the pan for about 15 minutes then invert it over a rack the slice and use the layers to make any shortcake that you want.